Reproductive genome from the laboratory

Reproductive genome from the laboratory

The field of synthetic biology does not only observe and describe processes of life but also mimics them. A key characteristic of life is the ability to ability for replication, which means the maintenance of a chemical system. Scientists at the Max Planck Institute of Biochemistry in Martinsried generated a system, which is able to regenerate parts of its own DNA and protein building blocks. 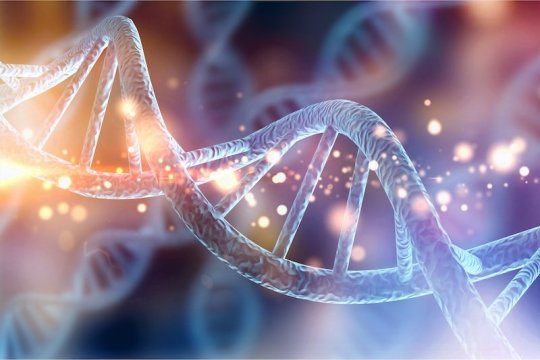 In the field of synthetic biology, researchers investigate so-called "bottom-up" processes, which means the generation of life mimicking systems from inanimate building blocks. One of the most fundamental characteristics of all living organism is the ability to conserve and reproduce itself as distinct entities. However, the artificial "bottom-up" approach to create a system, which is able to replicate itself, is a great experimental challenge. For the first time, scientists have succeeded in overcoming this hurdle and synthesizing such a system.

Hannes Mutschler, head of the research group "Biomimetic Systems" at the Max Planck Institute for Biochemistry, and his team are dedicated to imitate the replication of genomes and protein synthesis with a "bottom-up" approach. Both processes are fundamental for the self-preservation and reproduction of biological systems. The researchers now succeeded in producing an in vitro system, in which both processes could take place simultaneously. "Our system is able to regenerate a significant proportion of its molecular components itself," explains Mutschler.

In order to start this process, the researchers needed a construction manual as well as various molecular "machines" and nutrients. Translated into biological terms, this means the construction manual is DNA, which contains the information to produce proteins. Proteins are often referred to as "molecular machines" because they often act as catalysts, which accelerate biochemical reactions in organisms. The basic building blocks of DNA are the so-called nucleotides. Proteins are made of amino acids.

Modular structure of the construction manual

Specifically, the researchers have optimized an in vitro expression system that synthesizes proteins based on a DNA blueprint. Due to several improvements, the in vitro expression system is now able to synthesize proteins, known as DNA polymerases, very efficiently. These DNA polymerases then replicate the DNA using nucleotides. Kai Libicher, first author of the study, explains: "Unlike previous studies, our system is able to read and copy comparatively long DNA genomes.

The scientists assembled the artificial genomes from up to eleven ring-shaped pieces of DNA. This modular structure enables them to insert or remove certain DNA segments easily. The largest modular genome reproduced by the researchers in the study consists of more than 116,000 base pairs, reaching the genome length of very simply cells.

Apart from encoding polymerases that are important for DNA replication, the artificial genome contains blueprints for further proteins, such as 30 translation factors originating from the bacterium Escherischia coli. Translation factors are important for the translation of the DNA blueprint into the respective proteins. Thus, they are essential for self-replicating systems, which imitate biochemical processes. In order to show that the new in vitro expression system is not only able to reproduce DNA, but is also able to produce its own translation factors, the researchers used mass spectrometry. With this analytic method, they determined the amount of proteins produced by the system.

Surprisingly, some of the translation factors were even present in larger quantities after the reaction than added before. According to the researchers, this is an important step towards a continuously self-replicating system that mimics biological processes.

In the future, the scientists want to extend the artificial genome with additional DNA segments. In cooperation with colleagues from the research network MaxSynBio, they want to produce an enveloped system that is able to remain viable by adding nutrients and disposing of waste products. Such a minimal cell could then be used, for example, in biotechnology as a tailor-made production machine for natural substances or as a platform for building even more complex life-like systems.

Materials provided by Max-Planck-Gesellschaft. Note: Content may be edited for style and length.