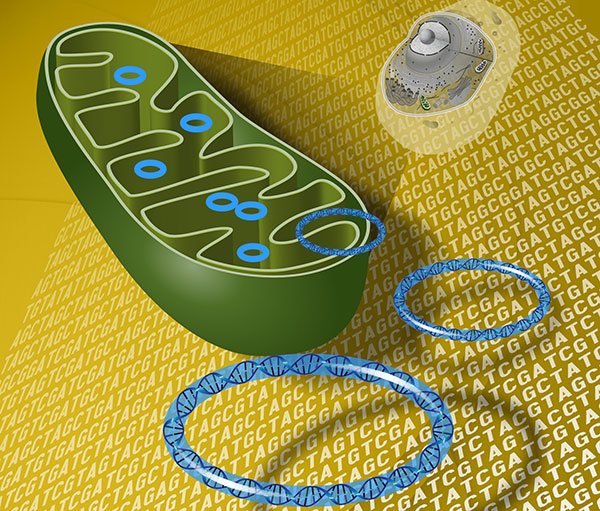 A team of collaborating Howard Hughes Medical Institute (HHMI) scientists has developed what they suggest is the first precision gene editing tool for mitochondrial DNA (mtDNA). The CRISPR-free technology exploits an interbacterial toxin—a kind of toxin that bacteria use to fight each other, and while it isn’t yet ready for use in humans, the new tool will make it easier for scientists to study mitochondrial diseases, and basic mitochondrial biology, in animals, suggested co-researcher Vamsi Mootha, PhD, an HHMI investigator at Massachusetts General Hospital and the Broad Institute. “This is a transformative technology for my field,” he commented. “It will now be possible to create mouse models of mitochondrial DNA disease—this has been super difficult until now.”

The mitochondrial gene editing approach is the result of a collaboration between Mootha and fellow HHMI researchers Joseph Mougous, PhD, at the University of Washington, and David Liu, PhD, of Harvard University and the Broad Institute. The team, led by Mougous and Liu, reported its findings in Nature, in a paper titled, “A bacterial cytidine deaminase toxin enables CRISPR-free mitochondrial base editing.”

Mutations in mitochondrial DNA can lead to a variety of rare and poorly understood diseases, the authors explained. However, while CRISPR/Cas9 and related gene editing technologies have given scientists the ability to make targeted changes to DNA more easily than before, these state-of-the-art tools work in a cell’s nucleus, where most genetic information is stored.

Some parts of cells, like the mitochondria, can’t be modified using CRISPR because they can’t be accessed by part of the CRISPR system. CRISPR-Cas9 technology relies on a small piece of guide RNA to lead the Cas9 enzyme to a specific spot in the genome, where it can snip both strands of the double-stranded DNA. However, nobody has figured out how to transport guide RNA into mitochondria, Liu said.

But, as the authors pointed out, tools for introducing specific modifications into mtDNA are urgently needed both to model and to potentially treat diseases caused by mutations in mtDNA. “The development of such tools, however, has been hindered by the challenge of transporting RNAs into mitochondria, including guide RNAs that are required to program CRISPR-associated proteins.”

So, until now, scientists studying mitochondrial diseases in the lab could get rid of mutations by destroying the organelle’s DNA, but they couldn’t reliably correct a single mutation while leaving other mitochondrial genes intact, Liu added. “An alternative to the targeted destruction of mtDNA through double-strand breaks is precision genome editing, a capability that—to the best of our knowledge—has not been previously reported for mtDNA,” the authors commented. 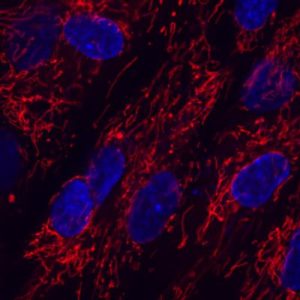 The Mougous lab didn’t set out to create a gene editor. The team studies bacterial warfare—more specifically, the toxins that bacteria use to attack other bacteria. Among these are a family of toxins known as bacterial deaminases, which can cause genetic mutations by removing nitrogen-containing pieces from DNA and RNA bases. “Bacterial toxins represent a vast reservoir of biochemical diversity that can be repurposed for biomedical applications,” the investigators noted. “Such proteins include a group of predicted interbacterial toxins of the deaminase superfamily, members of which have found application in gene-editing techniques.”

Two years ago, Marcos de Moraes, PhD, a postdoc in the Mougous lab, was trying to understand how one of these deaminases worked. Most deaminases target either single strands of DNA, or RNA, which is naturally single-stranded. The cytidine deaminase toxin that de Moraes was studying was odd, however. It didn’t appear to work on either. For months, de Moraes unsuccessfully tested the protein. He finally decided to try it on something that he didn’t expect to work, double-stranded DNA.

DNA is usually found as a double helix, but testing the protein on it in this form “just didn’t cross our minds,” Mougous said. “It seemed that deaminases only worked on single-stranded DNA—end of story.” But the unusual deaminase, which the team called DddA, surprised them. It left the double-stranded DNA in tatters, de Moraes explained, weakening the DNA at every spot where it had edited a letter. “BOOM, we had this super-positive result!” he said. “It was probably the most exciting moment of my scientific career.”

De Moraes and his colleagues then spent the next few months confirming their initial findings. Then, recognizing that the lab might be onto something useful for gene editing, Mougous reached out to Liu. The Liu lab was already pushing the boundaries of gene editing. His team had previously developed several precision tools for editing DNA in the cell nucleus, including base editors that can change individual letters. But mitochondrial gene editing had been tougher.

Finding a deaminase that worked directly on double-stranded DNA might be a workaround to the problem of not being able to get CRISPR guides inside mitochondria, because with the deaminase, no guide RNA is required. The new molecule identified by the Mougous lab was exciting, but it was a naturally occurring bacterial toxin, not a ready-made gene editor. Left unchecked, the deaminase would rampantly destroy DNA anywhere it could, which is what de Moraes had shown in his early lab tests. To “tame the beast,” as Liu described it, he’d have to find a way to prevent the deaminase from altering mitochondrial DNA until it reached its target.

The solution was to split the protein into two harmless halves. Liu’s team, led by graduate student Beverly Mok, used 3D imaging data from the Mougous lab to work out how to divide the protein into two pieces. Each piece did nothing on its own, but when reunited, they reconstituted the protein’s full activity. The team fused each deaminase half to customizable DNA-targeting proteins that did not require guide RNAs. Those proteins bound to specific stretches of DNA, bringing the two halves of the deaminase together. That let the molecule regain its function and work as a precision gene editor—but only once it was correctly positioned.

Liu’s team used the technology to make precise changes to specific mitochondrial genes. Then, Mootha’s lab, which focuses on mitochondrial biology, ran tests to see whether the edits had the intended effect. “You could imagine that if you’re introducing editing machinery into the mitochondria, you might accidentally cause some sort of a catastrophe,” Mootha said. “But it was very clean.” The entire mitochondrion functioned well, except for the one part the scientists intentionally edited, he explained.

This mitochondrial base editor is just the beginning, Mougous suggested. It can change one of the four DNA letters into another. He hopes to find additional deaminases that he and Liu can develop into editors able to make other mitochondrial DNA alterations. Such tools could enable new strategies for treating mitochondrial diseases, as well as help scientists to model diseases and aid in drug testing. “The ability to precisely install or correct pathogenic mutations could accelerate the modeling of diseases caused by mtDNA mutations, facilitate preclinical drug candidate testing, and potentially enable therapeutic approaches that directly correct pathogenic mtDNA mutations,” the authors noted. “Bacterial genomes contain various uncharacterized deaminases, raising the possibility that some may possess unique activities that enable new genome-editing capabilities.”

“One of the most fun aspects of this work has been the fact that our three labs came together organically,” Liu stated. “Not because anybody told us to get together and do something, but because that’s where the science led us.”