A new form of the genome-editing tool CRISPR-Cas9 appears to significantly expand the range of diseases that could be treated with the technology, by enabling scientists to precisely change any of DNA’s four “letters” into any other and insert or delete any stretch of DNA — all more efficiently and precisely than previous versions of CRISPR. Crucially, scientists reported on Monday, it accomplishes all that without making genome-scrambling cuts in the double helix, as classic CRISPR and many of its offshoots do.

News about this “prime editing” began circulating among CRISPR-ites this month, when the inventors unveiled it at a meeting at Cold Spring Harbor Laboratory. Since then, “the excitement has been palpable,” said genetic engineer Fyodor Urnov of the University of California, Berkeley, who was not involved in the research.

"I can’t overstate the significance of this," he said, likening the creation of ever-more kinds of genome-editing technologies to the creation of superheroes with different powers: "This could be quite a useful Avenger for the genome-editing community, especially in translating basic research to the clinic" to cure diseases ranging from sickle cell to cystic fibrosis. 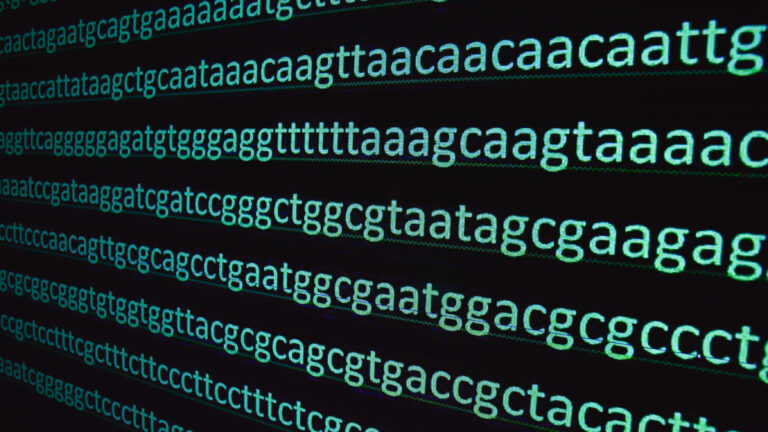 Prime editing’s inventors, led by David Liu of the Broad Institute of MIT and Harvard and postdoctoral fellow Dr. Andrew Anzalone, say it has the potential to correct 89% of known disease-causing genetic variations in DNA, from the single-letter misspelling that causes sickle cell to the superfluous four letters that cause Tay-Sachs disease. All told, they report making 175 edits in human and mouse cells.

"There are more than 75,000 DNA changes associated with genetic diseases," Liu told reporters ahead of the online publication in Nature describing prime editors. "Collectively, they cover all of these."

Prime editing improves on CRISPR-Cas9 (and all of the tweaks researchers have made to it in the last seven years) in several crucial ways, Liu said. It can change any of DNA's four nucleotides, or "letters" - denoted A, T, C, and G - into any other, a total of 12 possibilities.

One of Liu’s earlier CRISPR inventions, called base editing, can make only four of those changes: C-to-T, T-to-C, A-to-G, and G-to-A. It cannot, for instance, correct the sickle-cell-causing mutation in the hemoglobin gene, which requires changing a T to an A at a precise spot.

"Prime editing," Urnov said, "is excellent for the repair of [such] point mutations," which are the cause of some 7,000 inherited genetic diseases.

Unlike other forms of CRISPR, prime editors easily make those repairs in non-dividing cells such as neurons and muscle cells, which genome-editing researchers are eyeing as targets for treating diseases ranging from Duchenne muscular dystrophy to Rett syndrome.

In addition to changing one nucleotide to another, prime editors can remove a precise number of nucleotides from a precise spot in the genome. For instance, the Broad scientists removed (from human cells growing in lab dishes) the four nucleotides in the gene HEXA that cause Tay-Sachs disease. Elsewhere, they were able to remove as many as 80.

"It looks like prime editing will offer some new capabilities to the genome editing community," said biochemist Benjamin Kleinstiver of Massachusetts General Hospital, whose research centers on turning genome editing into "molecular medicine."

Most impressive to other scientists is prime editing's ability to insert missing nucleotides or replace a string of disease-causing ones with nucleotides supplied by CRISPR. Liu and his colleagues inserted as many as 44, a quantity he says they were "skeptical" of achieving. Now, however, he believes "it's likely that larger insertions, and deletions [greater than 80], would be possible."

In classic CRISPR, genome editing begins when the Cas9 enzyme cuts DNA at a site to which a target-finding molecule, called guide RNA, led it. That triggers DNA's natural repair machinery, which can respond in several ways: mending the break by knitting the two loose ends together; filling the gap with nucleotides randomly grabbed from the cell; or patching the break with a piece of repair DNA supplied by scientists. It turns out that cells much prefer the first and second options. That has made the third, called homology-directed repair, very difficult - a real problem since curing many genetic diseases would require this kind of fix.

Prime editing's ability to get human genomes to accept a repair template was therefore particularly impressive to other scientists, since "no one has found a good way to do it," Urnov said. In a study that rocked the genome-editing world, for instance, scientists reported in 2017 that human embryos with a gene that causes the heart disease hypertrophic cardiomyopathy rejected the healthy gene that was introduced via CRISPR. Yet using CRISPR to cure cardiomyopathy and some other inherited genetic diseases would likely require homology-directed repair.

Prime editing "works for a whole range of nucleotide changes that may be necessary to correct disease genes," said Maria Jasin of Memorial Sloan Kettering Cancer Center, an expert in DNA repair. "It is a meaningful advance."

The molecules that accomplish prime editing’s genetic legerdemain have three parts. A guide RNA, which the Liu team calls pegRNA (where “pe” stands for prime editing), makes a beeline for a pre-programmed spot on the genome. The pegRNA also contains nucleotides that will substitute for the disease-causing ones in the DNA target. The second component, a hobbled Cas9 enzyme, cuts one, but not both, strands of the DNA. The third component, an enzyme called reverse transcriptase that’s fused to Cas9, copies the RNA nucleotides carried by the pegRNA and transforms them into DNA nucleotides, which replace those at the target site.

"The net result is a permanent edit that has been copied from the information encoded in the pegRNA," Liu said. As for versatility, he and his colleagues used the prime editor to, in one case, precisely delete two DNA nucleotides and, at the same time, convert a G into a T five letters away, "all in one edit" - the genome equivalent of a pool shark's banking the 9 ball off the 7 and sinking the 1, 5, and 6.

So far, Liu's team has tested the prime editor on human cells and on mouse neurons. In both, the rate at which unintended spots in the genome were edited was extremely low: rates of such off-target edits were below 10%. Efficiency was high, typically 20% to 50%, depending on the kind of edit, and as high as 78%. Other CRISPR systems struggle to get into the double digits. And only 1% to 10% of prime-edited cells had unwanted insertions or deletions ("indels") of nucleotides, compared to upwards of 90% for some older CRISPR systems.

Because indels could trigger cancer or other genomic havoc, "avoiding indels in certain gene therapy applications is certainly a big deal," Jasin said.

One concern that she and other outside scientists raised is that the human cells used to test the prime editor come from cancer. Although this cell line has been used for decades for many non-cancer experiments, it might not be representative of how well the prime editor will do in other human cells. "More work needs to be done in other cell types," Jasin said.

The Broad has applied for a patent on prime editing, and is already making it freely available to academic and non-profit researchers for non-commercial uses, without requiring a license. Companies may license the technology non-exclusively for research and manufacturing, including for agriculture. But it has given an exclusive license for the commercial development of human therapeutics to Prime Medicine, a new company co-founded by Liu.

For all their versatility, it’s far from a given that prime editors will take over the CRISPR landscape. For both basic research and therapeutic uses, classic CRISPR (where the intellectual property ownership is spread around broadly) might work just fine. For instance, treating sickle cell requires that a mere 10% of red blood cells have healthy hemoglobin, which seems well within the reach of classic CRISPR.

Similarly, if the clinical trials currently underway using first-generation CRISPR technology to treat a form of congenital blindness (by Editas Medicine) and sickle cell (by CRISPR Therapeutics) succeed, there is no reason to think they'll be superseded by prime editing. And Beam Therapeutics, which is developing therapies using base editing and has announced plans to go public (and which Liu also co-founded), could well find that that approach works for the diseases it eventually decides to target. It is also sub-licensing rights to prime editing from Prime Medicine.

Dr. Matthew Porteus of Stanford University, who is leading a clinical trial using CRISPR to cure sickle cell, cautioned that whether prime editing can "solve a problem that can't be solved by [classic CRISPR] remains to be determined."