Could CRISPR Sniff Out Viruses?

Could CRISPR Sniff Out Viruses?

The gene-editing tool known as CRISPR is fast becoming known for its potential to treat disease by snipping genetic mutations from DNA.

But genomic tools like CRISPR also have other possible capabilities, such as the ability to screen people for the presence of viruses, like dengue and Zika, as well as debilitating diseases like Parkinson's.

"I think the public perception of CRISPR is very focused on the idea of using gene editing clinically to cure disease. This is no doubt an exciting possibility, but this is only one small piece," said Neville Sanjana, of the New York Genome Center and an assistant professor of biology, neuroscience and physiology at New York University. [10 Amazing Things Scientists Just Did with CRISPR]

"With CRISPR, I think you'll see many applications in synthetic biology," like sensors for pathogens, Sanjana told Live Science. 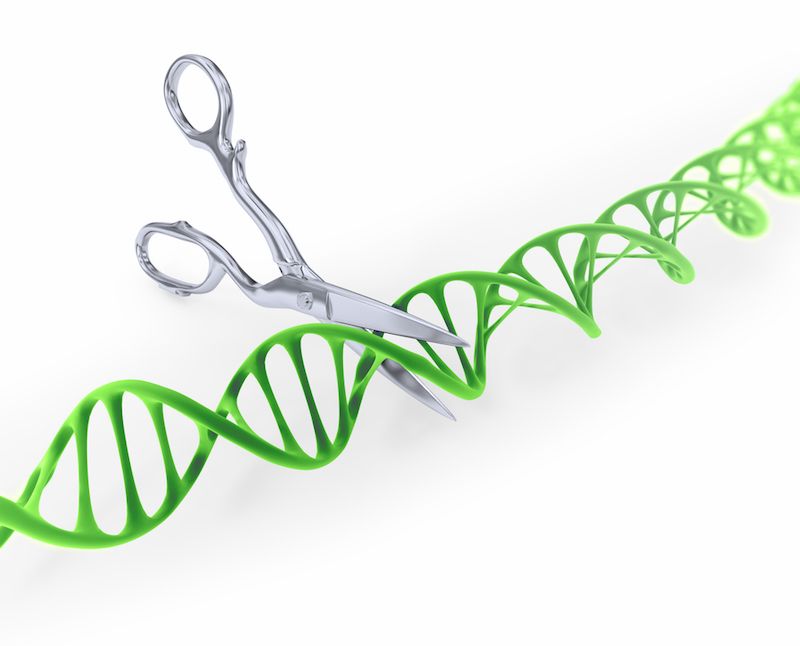 At its core, CRISPR is a natural defense system that evolved in single-celled microorganisms to fight against invading viruses. The fight is an all-out war. Scientist estimate that for every cell on Earth, there are about 10 viruses, all launching relentless missions to replicate themselves by inserting their DNA into the machinery in cells.

Bacteria use an arsenal to fight back, including CRISPR, which is an array of short, repeated sequences of DNA that are separated by spacers that have unique sequences.Bacteria use it when they are infected with a virus. As the virus's genetic bits replicate inside the bacteria, CRISPR steps in, guiding the bacterial defenses toward the foreign material.

The protein in CRISPR cuts up the intruder, but also collects a short DNA sequence from the invader, which the protein inserts it into the bacteria's CRISPR as a spacer. Each time a virus invades and is destroyed, a new spacer gets added to the CRISPR.

In a sense, the spacers in CRISPR are an account of the bacteria's battlefield wins, like kill marks in the stock of a rifle barrel. But the spacers provide another function.

When a virus that was previously defeated tries to invade, the bacteria recognizes it and sets about chopping the invader up into tiny bits. And when the bacteria itself multiplies, it passes it's defense system on to its daughter cells.

"It turns out you can actually leverage these properties to potentially develop a very sensitive diagnostic device" that could detect small amounts of molecules from viruses in human blood, such as Zika virus, said biochemist and CRISPR expert Sam Sternberg, the group leader of Technology Development at Berkeley, California-based Caribou Biosciences Inc., which is advancing new applications for CRISPR-based technologies. [5 Amazing Technologies That Are Revolutionizing Biotech]

One of the most recent CRISPR advances in this area is a tool called SHERLOCK (which stands for Specific High Sensitivity Enzymatic Reporter UnLOCKing). In April 2017, a team of researchers led by bioengineer James Collins and CRISPR pioneer Feng Zhang of the Broad Institute of MIT and Harvard reported in Science that they had programmed a CRISPR molecule to seek out strains of Zika and dengue viruses in blood serum, urine and saliva and cut them up.

The researchers programmed the CRISPR molecules to release a fluorescent signal when they were chopping away at the viruses, so that the presence of the virus could be detected. SHERLOCK was so sensitive, it was able to distinguish the American strain of Zika from the African strain and differentiate one strain of dengue from another one.

Collins and his team were able to see the presence of the viruses even in extremely low concentrations, as low as two molecules in a quintillion.

In a separate test, SHERLOCK was able to detect two different strains of the antibiotic-resistant superbug Klebsiella pneumoniae. [6 Superbugs to Watch Out For]

Then, in June 2017, a team at the University of Central Florida reported in the journal Scientific Reports that they had used a CRISPR system to detect the presence of Parkinson's disease. This disorder of the central nervous system causes malfunction and death of nerve cells in the brain, and gets worse over time, causing tremors and problems with movement. The disease affects about 1 million people in the United States, according to the Parkinson's Disease Foundation.

The scientists said they think they could use this technique to test out new drugs to treat Parkinson's disease.

"If we take one of these modified cells and treat it with a particular drug, if it doesn't produce light anymore, then this means the drug is a potential treatment for this disease," study co-author Sambuddha Basu, a postdoctoral researcher at Central Florida, said in a statement.

It's still the very early days for these and other CRISPR-related biological tools, and because of the diversity of the immune systems in bacteria, it's quite possible that other tools remain to be discovered, Sternberg said.

"I think it's a really nice example of yet another basic science discovery that has led to a potential breakthrough technology," he said.