Quest to use CRISPR against disease gains ground

Quest to use CRISPR against disease gains ground

The prospect of using the popular genome-editing tool CRISPR to treat a host of diseases in people is moving closer to reality.

Medical applications of CRISPR–Cas9 had a banner year in 2019. The first results trickled in from trials testing the tool in people, and more trials launched. In the coming years, researchers are looking ahead to more sophisticated applications of CRISPR genome editing that could lay the foundation for treating an array of diseases, from blood disorders to hereditary blindness.

But although the results of clinical trials of CRISPR genome editing so far have been promising, researchers say that it is still too soon to know whether the technique will be safe or effective in the clinic. 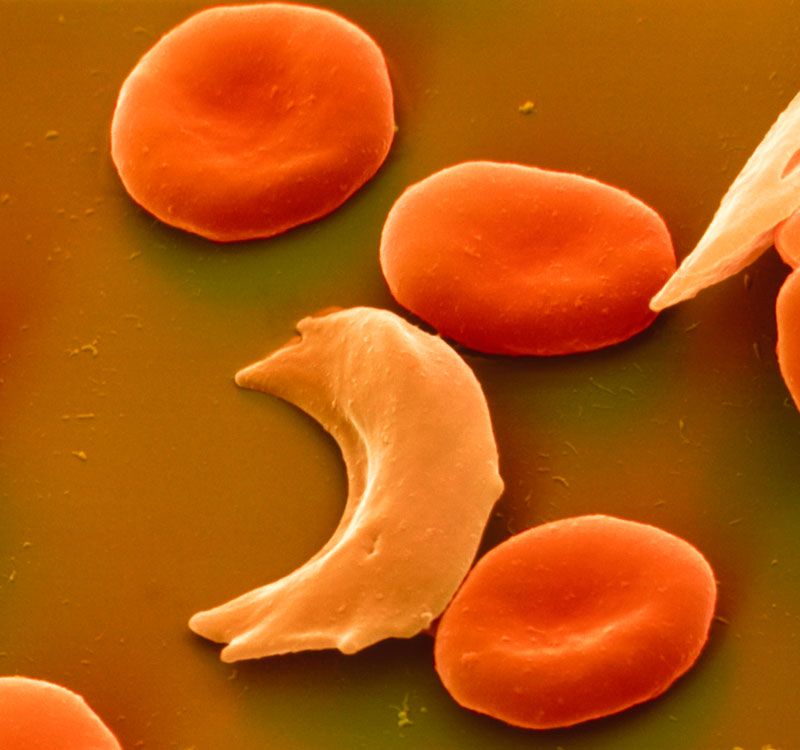 "There's been a lot of appropriate caution in applying this to treating people," says Edward Stadtmauer, an oncologist at the University of Pennsylvania in Philadelphia. "But I think we're starting to see some of the results of that work."

It has only been seven years since researchers discovered that a molecular defence system called CRISPR–Cas9, which microbes use to fend off viruses and other invaders, could be harnessed to rewrite human genes.

Since then gene-editing has attracted attention for its potential to modify embryos — an application that is ethically and legally fraught if those embryos are destined to become human beings. But in parallel, scientists have been testing CRISPR's much less controversial ability to disable or correct problematic genes in other cells in order to treat a host of diseases.

In 2016, Chinese researchers announced that they had treated the first person with a CRISPR–Cas9 therapy designed to fight cancer. In cells extracted from a participant's blood, the researchers disabled the gene that codes for a protein called PD-1, which holds the immune system in check but can shield cancer cells in the process. The scientists then reinjected the cells.

By 2019, the US government's clinicaltrials.gov database listed more than a dozen active studies that are testing CRISPR–Cas9 as a treatment for a range of diseases from cancer to HIV and blood disorders.

So far, too few people have been treated in these trials to draw any firm conclusions about the safety of CRISPR–Cas9 therapies or how well they work. Preliminary results from two trials — one in which gene-edited blood cells were transplanted into a man to treat HIV infection, and the other in which they were transplanted into three people to treat some forms of cancer — showed no signs of clinical improvement.

In both cases, the transplanted cells flourished in the bone marrow of recipients, without any serious safety concerns, but did not produce a clear medical benefit. In the man treated for HIV, the researchers attempted to use CRISPR to disable a protein that many strains of HIV use to enter cells. But only 5% of the transplanted cells were edited — not enough to cure disease, the researchers reported in September1. The study has been placed on hold while researchers explore ways to boost that percentage, says Hongkui Deng, a stem-cell researcher at Peking University in Beijing and a lead author of the work.

There are early hints that another trial might meet with more success. CRISPR Therapeutics in Cambridge, Massachusetts, and Vertex Pharmaceuticals in Boston, Massachusetts, have treated two people with the genetic disorders sickle-cell anaemia and β-thalassaemia. Both deplete oxygen-carrying haemoglobin molecules in the blood: the idea is to use CRISPR to disable a gene that otherwise shuts off production of another form of haemoglobin. Early results suggest that the treatment might have eased some symptoms of the disorders, but the participants will need to be followed for a longer period to be sure.

Other researchers are already itching to move beyond editing cells in a dish. The challenge is in finding ways to transport the gene-editing machinery to where it is needed in the body, says John Leonard, chief executive of Intellia Therapeutics, a biotechnology company in Cambridge, Massachusetts, that is focused on CRISPR–Cas9 genome editing. “The delivery approach is so important.”

Last July, the pharmaceutical companies Editas Medicine in Cambridge, Massachusetts, and Allergan in Dublin launched a trial to treat the genetic disorder Leber congenital amaurosis 10, which can cause blindness, by editing eye cells. Researchers will inject into the eye a virus containing DNA that encodes the CRISPR genome-editing machinery, bypassing the need to guide those tools through the bloodstream to the specific tissues. The virus will be responsible for carrying the genome-editing tools into cells. It is the first trial to attempt CRISPR–Cas9 gene editing inside the body, and early results could be reported this year.

That would be a landmark moment for the field, and could pave the way for future trials targeting other organs, says Charles Gersbach, a bioengineer at Duke University in Durham, North Carolina. But he and others say that they hope researchers will eventually move away from using viruses to shuttle genome-editing machinery into cells. Deactivated viruses can still sometimes provoke immune responses, and can only carry a limited amount of DNA.

What's more, some gene-editing tools are currently too large to fit inside commonly used gene-therapy viruses, says chemical biologist Andrew Anzalone at the Broad Institute of MIT and Harvard in Cambridge, Massachusetts. These include the souped-up CRISPR systems called prime editors that were first reported in late 20192 and might prove to be more precise and controllable than CRISPR–Cas9.

Intellia is looking for a way around the viruses. The company has partnered with Swiss pharmaceutical giant Novartis to develop fatty nanoparticles that can protect genome-editing molecules as they travel through the bloodstream, but also pass through the membranes of target cells.

These particles tend to accumulate in the liver, and researchers are working to develop particles that infiltrate other tissues, such as muscle or the brain. But for now, Intellia will focus on liver diseases, says Leonard, and plans to launch its first trial of the technology this year. "It's crawl before you walk, so to speak," he says.

None of the technologies currently being tested is what researchers envision for the long-term applications of genome-editing, says Gersbach. "The approaches that people are taking are the things that we can do today," he says, "but not what we would do if we could design the ideal drug.”

Leonard says that when he meets with investors, they often demand to know what medical advances will be made in the next six months. “We do our best to describe that, but I always end it by saying, 'Can you imagine a future without gene editing?"" he says. "I have yet to meet the person who says, 'yes'."