BANFF, CANADA — During her opening State-of-the-Union-style address at a genome engineering conference in the Canadian Rocky Mountains* last Sunday, CRISPR pioneer Jennifer Doudna, PhD, declared that “precision editing of any genome is in reach.” Three days later, her words were reinforced as attendees watched a remarkable before-and-after video demonstrating the therapeutic potential of base editing, a relatively recent addition to the CRISPR genome editing toolbox. 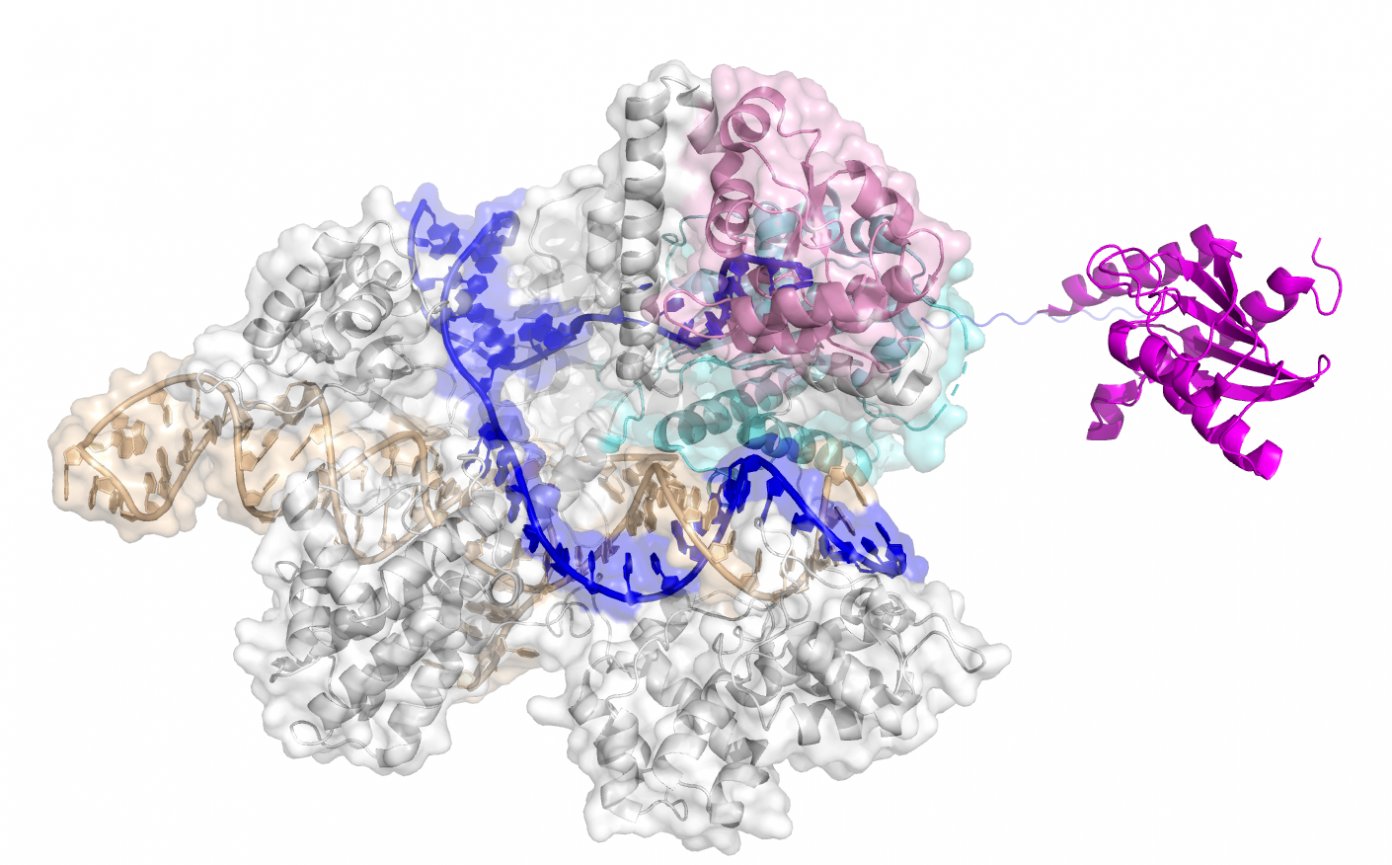 David Liu, PhD, a chemistry professor affiliated with Harvard University, the Broad Institute, and the Howard Hughes Medical Institute, demonstrated for the first time the successful application of base editing in a mouse model of progeria (Hutchinson-Gilford Progeria Syndrome, or HGPS), a premature aging disorder.

“We’re really excited,” said Liu, summing up his team’s progress. “We’re trying to move carefully but quickly to advance through the necessary steps… to advance to deployment in patients.”

HGPS is a rare, dominantly inherited disorder of premature aging. Most HGPS patients do not live beyond 15 years of age. In 2003, NIH director Francis Collins, MD, PhD, led a group that identified the genetic mutation responsible for progeria. In almost every case, the mutation is a specific de novo C-to-T point mutation in the gene that encodes lamin A, a protein involved in the integrity of the cell nucleus.

The HGPS mutation produces a truncated protein called progerin that wreaks havoc on the patient’s cells and tissues. HGPS patients look decidedly older than their actual age and die young, usually from cardiovascular disease, in particular a loss of aorta flexibility.

A few years after identifying the HGPS gene, Collins’ team constructed a transgenic mouse model of HGPS by introducing the human lamin A mutation on a bacterial artificial chromosome. The modified mice accurately mimic the vascular smooth muscle abnormalities of HGPS patients. At the time, Collins and coworkers wrote, “This mouse model should prove valuable for testing experimental therapies for this devastating disorder and for exploring cardiovascular disease in general.”

HGPS is an example of a dominant-negative disorder and thus a particularly good candidate for base editing, a technology developed by the Liu lab over the past four years that can specifically correct a common class of base substitutions without cleaving DNA. As progerin is toxic to cells, traditional gene replacement therapy won’t work. The progerin allele must either be completely knocked out or corrected with the utmost precision.

In a multifaceted approach, Liu’s group, led by graduate students Luke Koban and Jessie Davis, applied the adenine base editor (ABE), first developed by Nicole Gaudelli in Liu’s lab in 2017. As most HGPS patients have a T (paired with A) in place of the normal C base, an ABE should in principle be able to revert the A-T base pair back to a G-C pairing, as found in the normal lamin A gene.

The first step was to correct the mutation in the DNA of fibroblasts from a pair of HGPS patients. Using a version called ABE7.10max, they found extensive (up to 90%) correction of the mutant lamin A gene to the normal sequence. That degree of editing, Liu said, was “something I didn’t think would be possible.” As expected, the levels of progerin RNA and protein were sharply reduced and the cell nuclei regained a normal morphology. And using an assay called CIRCLE-seq, Liu’s team surveyed but did not detect any off-target editing (above background levels), which is always a concern in genome editing experiments.

Encouraged, the group took the ABE into the HGPS mouse model in collaboration with Collins, Mike Erdos, PhD, and Jonathan Brown, MD, PhD, of Vanderbilt University Medical Center. The team, including Jonathan Levy, PhD, and Wei Hsi (Ariel) Yeh, used an adeno-associated virus (AAV9) to deliver the ABE complex. (Because the base editor is too large for AAV to deliver in a single payload, the ABE complex is divided between a pair of viruses and spliced together after delivery.)

After experimenting with different doses and administration points, Liu’s group found the best editing results occurred in mice injected two weeks after birth. Again there was significant reduction of progerin RNA and protein in multiple tissues, including the aorta, accompanied by increases in expression of the normal lamin A gene. The histology of the aorta also returned to near normal.

The coup de grâce came when Liu showed video clips of the untreated compared to the base-edited HGPS mice. At about 7.5 months of age, the untreated HGPS mice are sorry specimens — lethargic, hunched, their coats speckled with white. Three similarly aged base-edited mice (just over 8 months), by contrast, are fully active and appear essentially normal.

For mice treated a few days after birth, Liu said there was an average 78% increase in lifespan. But he was unable to quantify the lifespan extension in the two-week-treated mice — for the very good reason that the treated mice are still alive and well.

Speed on the base path

Liu’s results illustrate the rapid progression of base editing. In the span of just four years, base editing has evolved from the first published results obtained by a new postdoc in the Liu lab, Alexis Komor, PhD, to a commercial platform and a publicly traded biotech company. Since the mouse work started more than a year ago, Liu’s group has evolved a new version of the ABE, dubbed ABE8e, which is hundreds of times more active than the original complex published in 2017.

Beam’s website currently lists an active portfolio of a dozen therapeutic areas in its pipeline, which does not include progeria. The company declined to comment as it is still in its post-IPO quiet period. But given the company’s exclusive licensing of Liu’s base-editing technology, it has the option to pursue the program or find a partner.

Just four months ago, Liu unveiled a new genome editing technology from his lab called prime editing, which can in principle engineer any class of base substitution (as well as more bespoke edits). This technology is being commercialized by a new start-up, Prime Medicine, which Liu has said will work closely with Beam to develop a range of genome editing solutions for the benefit of patients with a multitude of diseases.