Unless you are a bacterium, you may want to go PAMless. PAMs, or protospacer adjacent motifs, are what bacteria use to distinguish their own DNA from invasive viral DNA. That is, PAMs help spare bacterial DNA from being cut apart by the bacterial immune system known as CRISPR. PAMs are less important to scientists interested in exploiting CRISPR for genome editing purposes. In fact, as far as scientists are concerned, PAMs present difficulties. 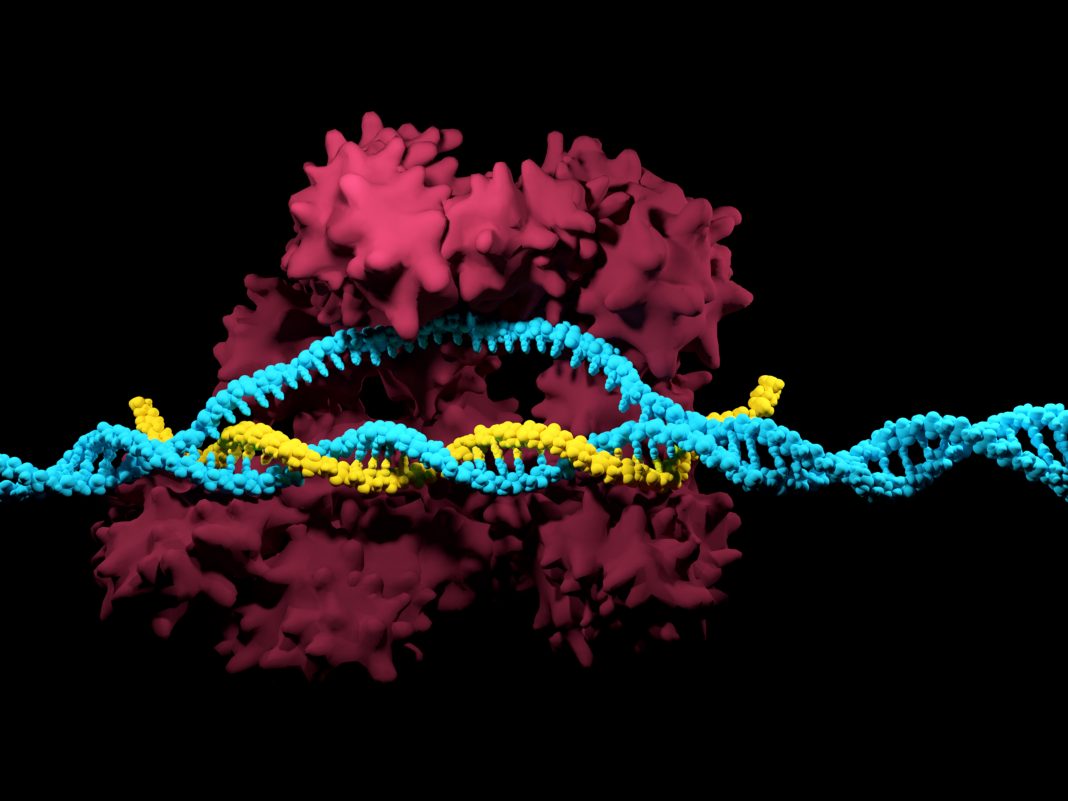 PAM sequences are short bits of genetic code that flag editable sections of DNA and serve as a binding signal for specific CRISPR-Cas nucleases. Without an adjacent, recognizable PAM sequence, a Cas enzyme will neither recognize nor successfully attach to and cleave a desired section of DNA.

If a genomic region of interest to a would-be genome engineer happens to lack a suitable PAM—that is, one that can be recognized by a particular Cas nuclease—it may be possible to resort to an alternative Cas nuclease. Different Cas enzymes, including variants of the canonical Streptococcus pyogenes Cas9 (SpCas9), recognize different PAM sequences. Still, much of the genome remains untargetable for editing or more prone to generating off-target mutations.

The upshot is this: the PAM requirement represents a significant limiting barrier for applications that require high-resolution genome targeting.

To address this limitation, scientists at Massachusetts General Hospital (MGH) have engineered new Cas9 variants that nearly eliminate the need for PAMs. The scientists believe that their novel Cas9 enzymes open up virtually the entire genome for targeting, with unprecedented accuracy.

Details of the scientists' work appeared March 26 in the journal Science, in an article titled, "Unconstrained genome targeting with near-PAMless engineered CRISPR-Cas9 variants." The article describes two variants: SpG, which is capable of targeting an expanded set of NGN PAMs, and a near-PAMless variant called SpRY. Collectively, SpG and SpRY enable unconstrained targeting using CRISPR-Cas9 nucleases across nearly the entire genome and with single base pair precision.

"We demonstrate that SpG and SpRY improve editing resolution and offer new genome editing capabilities," the article's authors wrote. "More broadly, the molecular strategy described herein should in principle be extensible to a wide diversity of Cas orthologs, paving a path toward the development of a suite of editing technologies no longer constrained by their inherent targeting limitations."

To test their Cas9 variants, the scientists, led by Benjamin P. Kleinstiver, PhD, assistant investigator, pathology at MGH, used their approach to correct mutations associated with human diseases located in previously "uneditable" regions of the genome.

"Because the engineered proteins can target much more freely, they enable targeting of previously inaccessible regions of the genome," Kleinstiver indicated in a press statement. "By nearly completely relaxing the requirement for the enzymes to recognize a PAM, many genome editing applications are now possible. And since nearly the entire genome is targetable, one of the most exciting implications is that that the entire genome is 'druggable' from a DNA-editing perspective."

"While future studies are needed to more precisely elucidate the molecular roles of the amino acid substitutions in SpG and SpRY," the article's authors noted, "we speculate that SpRY achieves its expanded targeting range through the removal of the canonical base-specific interactions, displacement of the PAM DNA to facilitate interactions in the major groove of the PAM, and energetic compensation by the addition of novel nonspecific protein:DNA contacts. More practically, when contemplating which enzyme to utilize for experiments requiring on-target activity, we suggest utilizing WT SpCas9 for sites harboring NGG PAMs, SpG for NGH PAMs, and SpRY for targets encoding the remaining NHN PAMs (with NAN > NCN/NTN)."