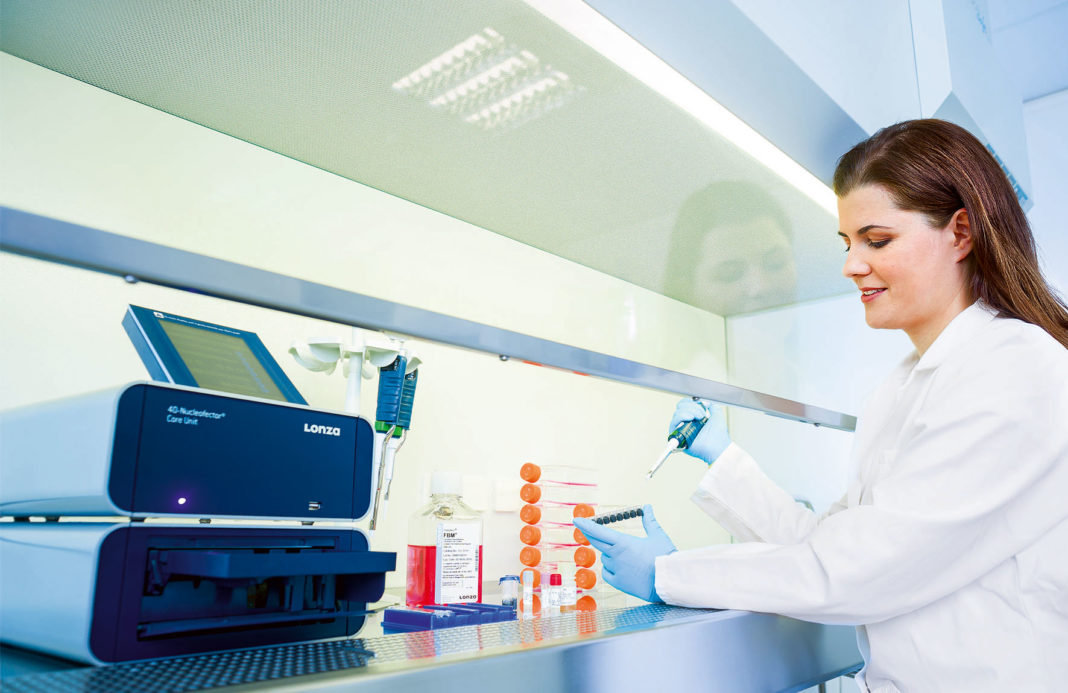 What has emerged as a versatile and easy-to-use genome editing method across diverse applications in research, medicine, and biotechnology is CRISPR-Cas9. It offers many advantages over other gene editing technologies, such as zinc finger nucleases (ZFNs) and transcription activator-like effector nucleases (TALENs), being simpler to reengineer and easier to use as well as offering the ability to target multiple sites. Although CRISPR-Cas9 has revolutionized genome editing, especially in experiments involving cell lines, the technology still presents challenges in work with primary and stem cells. This article offers strategies to optimize and improve CRISPR-Cas9 delivery even in hard-to-transfect cells.

The specificity of the CRISPR-Cas9 system's gene editing is facilitated by guide RNAs (gRNAs) that bind to complementary stretches of targeted DNA and direct site-specific DNA cuts in the presence of the Cas9 endonuclease. One essential factor that determines gene editing success is the efficient delivery of the CRISPR-Cas9 components into the cells being modified. Several studies have demonstrated successful CRISPR-Cas9-mediated genetic modifications in immortalized cell lines. However, CRISPR-Cas9 applications can be complicated by transfection "resistance," particularly with hard-to-transfect cells, such as primary cells or pluripotent stem cells, that is, embryonic stem cells or induced pluripotent stem cells.

Another approach involves using viral vectors to deliver the CRISPR substrates into the cells. It offers higher efficiencies, but it is laborious to design. It limits the substrate types to DNA-based material, excluding mRNA substrates or ribonucleoproteins (RNPs).

An attractive alternative is electroporation-based Nucleofection™ technology. It has proven to be an efficient nonviral method for transfection of CRISPR substrates into hard-to-transfect cells. Nucleofection uses a combination of preoptimized electrical pulses and cell-type-specific solutions to enable the transfection of substrates directly into the nucleus of the cell. Direct transfer into the nucleus, independent of cell division, improves the chances of achieving higher transfection efficiencies even in nondividing primary cells.

Furthermore, the direct presence of DNA-based substrates in the nucleus, completely bypassing the cytoplasm, provides faster gene expression. Compared to classical electroporation, nucleofection allows one to transfect smaller quantities of DNA and process more samples at once.

Examine plasmid DNA: When plasmid DNA is used, it is important to consider the quality of the DNA. Transfection efficiency is improved by using a column-purified, endotoxin-free preparation with an A260/A280 ratio ideally at 1.8 or 2.0. Poor-quality DNA from an old DNA preparation can inhibit gene expression or, if immunological cells are used, induce activation. When in doubt, it is better to either check the DNA quality through electrophoresis or choose a new DNA preparation.

Elements of the plasmid backbone can also impact results. For instance, an internal ribosome entry site (IRES) plasmid that regulates the expression of two genes—the cloned gene of interest and a reporter gene—expresses the downstream gene at lower levels compared to the upstream gene.

Using IRES plasmids to transfect cells showed can reduce expression of the downstream green fluorescent protein reporter.1 When expression is reduced, the true efficiency of the plasmid can be underestimated due to lower levels of the reporter, requiring more sensitive methods to detect gene editing.

The transfected Cas9 mRNA is directly translated in the cytoplasm, forms a complex with the co-delivered sgRNA, and then enters the nucleus to conduct genome editing. To achieve gene editing success, the Cas9 mRNA needs to be capped and polyadenylated or else it will be immediately degraded in the cells.

In addition, delivering Cas9 as mRNA or protein minimizes the time the nuclease remains in the cells, potentially reducing off-target effects.

Consider using RNPs: To address DNA toxicity, overcome mRNA instability, and have more control over editing effects, try using RNP complexes as the CRISPR substrate. Built from Cas9 protein and gRNAs in vitro, these RNPs reduce gene editing time even further by allowing the editing process to start immediately following transfection. Also, these RNPs may minimize off-target effects. With these RNPs, the nuclease doesn’t remain in the cell as long, and dosage control is improved.

In addition to determining the optimal delivery method, it is also important to identify both a potent Cas9 protein and gRNAs that allow for optimal targeting.  The optimal Cas9-gRNA ratio and the total amount to be delivered are crucial to identify as well.

Use fluorescently labeled donor DNA: Methods for identifying gene edited cells typically introduce foreign proteins for a magnetic pull-down assay or perform deep sequencing from randomly selected clones, both of which require several days to complete. To speed up this process, fast and robust methods to identify gene edited cells are invaluable.

One fast and noninvasive method to enrich gene edited cells, developed by Lee et al., uses fluorescently labeled donor DNA.4 Testing in both human embryonic kidney (HEK) cells and primary myoblasts, the researchers subjected transfected cells carrying fluorescently labeled donor DNA to fluorescence-activated cell sorting (FACS). They demonstrated that donor DNA labeled with Alexa 647 can be used as a selectable marker to enrich for cells that have a high probability of having undergone gene editing.

Enrich genome edited cells via co-editing: A marker-free system developed by Agudelo et al. uses a co-selection strategy to enrich for gene edited cells.5 In addition to the editing of the target gene, a co-edit occurs at the ATP1A1 locus, coding for the ubiquitous Na+/K+ ATPase ion pump, introducing a specific point mutation. With this mutation in the ATP1A1 locus, the edited cells remain unaffected in the presence of ouabain, an inhibitor of ATP1A1. Subsequent treatment of the transfected cells with ouabain enriches for cells that have been genetically modified at the other unlinked locus of interest.

The variable transfection efficiencies of CRISPR-Cas9-based genome editing methods in primary cells and stem cells pose a challenge for advancing this technology into translational applications. By modulating the different factors involved in the CRISPR-Cas9 gene editing system—specifically, by using alternative modes of transfection, switching to other CRISPR substrates, or even employing rapid methods to enrich gene edited cells—researchers can optimize experiments to obtain successful CRISPR-Cas9 delivery even in hard-to-transfect cells