Increased television watching may be a risk factor for coronary artery disease (CAD), according to a series of genetic and observational analyses reported in Nature Communications this week. Sedentary leisure activities have been associated with a higher risk of cardiovascular disease, but it is not clear whether this relationship is causal. To investigate this issue, scientists from the University of Groningen analyzed data from more than 422,000 individuals in the UK Biobank and identified 169 genetic loci associated with sedentary leisure activities, including 145 associated with watching television, 36 with leisure computer use, and four with driving, and 16 loci overlapping two of the sedentary traits. A Mendelian randomization analysis pointed to a causal effect between a one and a half hour increase in television watching and CAD that is at least partially independent of educational attainment and body mass index. "These results support conclusions from traditional observational epidemiology that policy guidelines aiming to reduce sedentary behaviors may prevent CAD," the study's authors write. 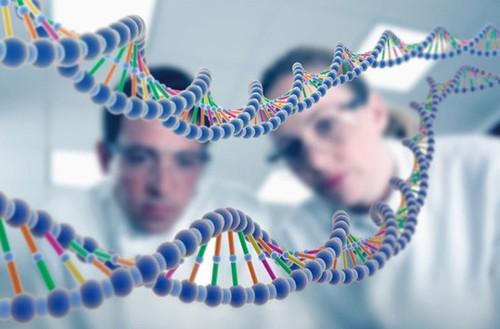 An analysis of the genomic evolution and diversification of five allopolyploid cotton species, including the economically important domesticated Upland and Pima species, is presented in Nature Genetics this week. A multi-institute team of scientists from the US and China report high-quality genomes for the five species and show that allotetraploid cotton genomes have largely retained the gene content and genomic synteny relative to respective extant diploids despite wide geographic distribution and diversification. Other findings include a lack of species-specific orthologs among the five species except for one set of the unique genes related to fiber and seed traits in the two domesticated cottons and another set of the unique genes for reproduction and adaptation in the three wild polyploid species. The findings may inform efforts to improve cotton crops.

A genome-wide in vivo CRISPR screen conducted by researchers at the University of California, San Diego, identifies a key regulator of myeloid leukemia, highlighting the utility of the screening approach for defining new regulators of the disease's progression. As reported in Nature Cancer this week, the investigators conducted the screen using leukemia stem cells, identifying the RNA-binding protein (RBP) Staufen2 as a critical regulator of myeloid leukemia. The team then created a Staufen2 knockout mouse to show that loss of the RBP led to a profound decrease in leukemia growth and improved survival in mouse models of the disease, and demonstrate that it is required for the cancer's growth. Integrated analysis of CRISPR, eCLIP, and RNA sequencing identified Staufen2 as a regulator of chromatin-binding factors, driving global alterations in histone methylation.