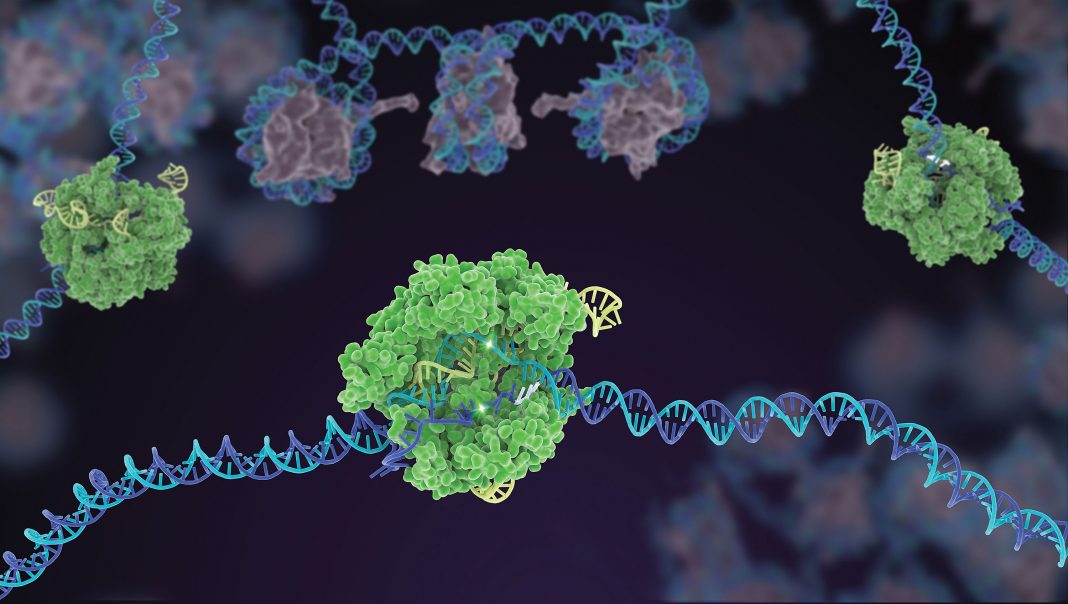 MilliporeSigma said it has been granted two U.S. patents toward CRISPR-Cas9-assisted genome-editing.

The two patents cover MilliporeSigma’s CRISPR-Cas9 cleavage and integration technology, which is designed to allow researchers to “knock in” or replace a disease-associated mutation with a beneficial or functional sequence, or to “knock out” or delete such a mutation. Both methods are used in creating disease models.

These grants mark MilliporeSigma’s 25th and 26th CRISPR patents worldwide and third and fourth in the U.S. Just last month, the company was awarded its second U.S. patent, covering CRISPR-chrom technology. With that allowance, MilliporeSigma became the first company with a patent covering the technology, which works by fusing chromatin modulating peptides to a CRISPR protein, Cas9, allowing for more efficient gene editing. The technology was detailed in the February 2018 issue of The CRISPR Journal, published by GEN publisher Mary Ann Liebert, Inc., and was one of the journal’s top five downloaded articles of the year.

MilliporeSigma is the name through which the Life Science business of Merck KGaA, Darmstadt, Germany, operates in the U.S. and Canada.

The company was awarded its first U.S. patent last year, when the U.S. Patent and Trademark Office (USPTO) issued a formal Notice of Allowance for MilliporeSigma’s application directed to its proxy-CRISPR technology. Proxy-CRISPR is a genome-editing technique designed to increase the efficiency, speed, flexibility, and specificity of CRISPR by opening the genome for modification of DNA. The technology can help scientists modify hard-to-access regions of the genome, according to MilliporeSigma.

MilliporeSigma has CRISPR patents granted starting in June 2017 in Australia, then two months later in Europe. The company also has patents granted to it in Canada, China, Israel, Singapore and South Korea, with related patent filings in Brazil, India and Japan.

“As a leading innovator of CRISPR technology, we will license this technology to ensure that the full potential of this powerful tool is realized, responsibly and ethically, throughout the scientific community,” MilliporeSigma CEO Udit Batra, PhD, said yesterday in a statement. “We look forward to continuing our work with academic and industrial partners to bring the best of our collective innovations to fight the toughest diseases and improve human health.”

As with past announcements of patent awards, MilliporeSigma noted that its parent company, Merck KGaA, Darmstadt, Germany, has established an independent, external Bioethics Advisory Panel to provide guidance for research in which its businesses are involved—including research on or using genome editing. Merck KGaA has developed and published a six-page policy statement intended to address ethical as well as technological concerns concerning its use of CRISPR and other genome editing technologies in research and applications.

“MilliporeSigma considers that now is the time for the key CRISPR intellectual property stakeholders to come together to simplify technology access for companies conducting CRISPR-based research via patent pooling agreements,” the company stated yesterday.

Last year, MilliporeSigma and The Broad Institute of MIT and Harvard agreed to a framework for offering non-exclusive licenses to CRISPR intellectual property.(IP) for use in commercial research and product development.

The Broad, the University of California (UC), and their respective partners are enmeshed in a legal wrangle over who invented CRISPR gene-editing technology. The conflict was rekindled last year when the Patent Trial and Appeal Board (PTAB) of the USPTO declared a patent interference between 10 separate U.S. patent applications owned by UC, the University of Vienna, and CRISPR pioneer Emmanuelle Charpentier, PhD, director and scientific member at the Max Planck Institute of Infection Biology, Berlin—collectively called CVC—and 13 of the 15 patents held by the Broad Institute, Harvard University, and MIT, plus one patent application.