Here’s where things stand on COVID-19 tests in the U.S.

Here’s where things stand on COVID-19 tests in the U.S.

White House officials have released guidelines to help states decide how — and when — to loosen social distancing measures in a way that prevents the coronavirus from surging back. But health experts say beginning to open parts of society during the pandemic hinges on the availability of widespread testing to both stamp out new flare-ups and find out who may already have been exposed. Many people infected by SARS-CoV-2, the virus that causes COVID-19, may have mild or no symptoms (SN: 3/17/20).


As of April 17, more than 3.4 million coronavirus tests had been conducted in the United States, according to the COVID Tracking Project, which relies on state public health data. But to curb the pandemic in a country of more than 329 million people, that’s not nearly enough. As a result, researchers are racing to develop new tests that they can scale up quickly.

Here’s where things stand with tests for COVID-19 — including those currently used in clinics and others under development. 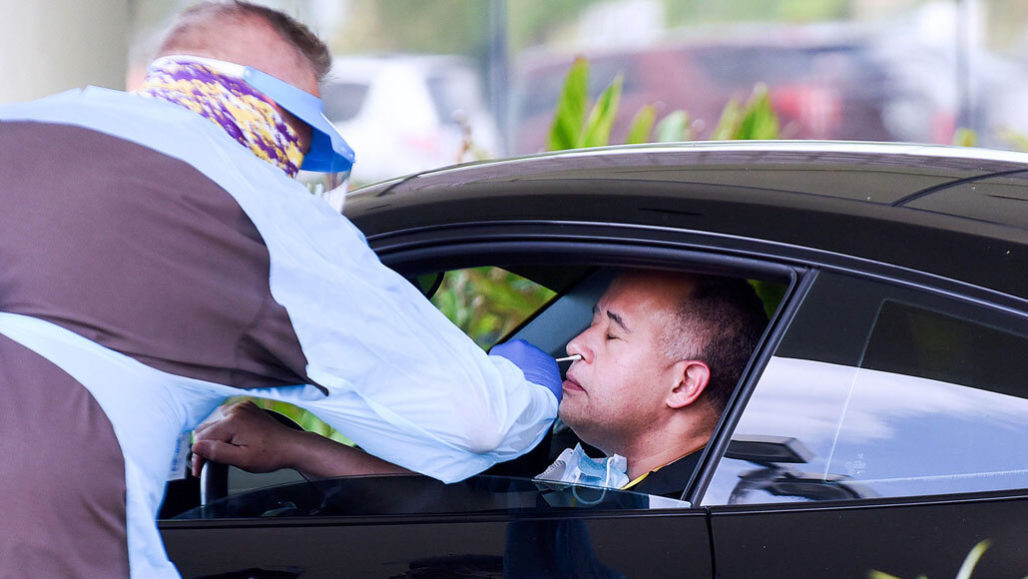 The current gold standard for diagnostic tests is based on a method that searches for bits of the virus’s genetic material (SN: 3/6/20). Most available tests rely on swabs from a person’s nose or throat, which are then sent to a lab where researchers use a technique called polymerase chain reaction, or PCR, to detect tiny amounts of the coronavirus. PCR-based tests typically take about three to four hours.

On April 10, the U.S. Food and Drug Administration approved an emergency use authorization for a COVID-19 saliva test using a patient’s spit. That test — developed by researchers at Rutgers University in Piscataway, N.J., and now being rolled out in New Jersey — also relies on PCR to detect viral genes. But it skips the step requiring a health care professional to swab the back of a patient’s throat or nose. Instead, patients spit into a tube. The test aims to help with swab shortages and protect health care workers from getting infected from the close contact needed to take a nasal or throat swab.

Results provided to the FDA suggest that testing saliva may be as effective as nasal and throat swabs. A total of 30 COVID-19 patients tested positive and another 30 people without disease tested negative by both tests.

Since traditional PCR-based tests take time to run, researchers are also looking for solutions that give faster results.

One test from Abbott Laboratories, a company headquartered in Abbott Park, Ill., also works by detecting bits of genetic material from the coronavirus in swabs. But it gives results in five to 13 minutes rather than hours. The test identifies a viral gene and then makes copies until there is a high enough amount to detect. Though data provided to the FDA show that the rapid test agreed with expected positive or negative results in 100 percent of samples, it has been reported that clinicians have faced false negative results due to problems with sample collection.

The company has said it is boosting production to around 50,000 tests per day, but many states don’t yet have enough test kits to test large numbers of people.

The gene-editing tool CRISPR — best known for its potential to fix genetic mistakes that cause a host of diseases — may also help diagnose COVID-19 patients. One new CRISPR-based test hunts for two of the virus’s genes in a sample. If the genes are present, CRISPR proteins will cut the genes and spark a reaction that changes the color of a test strip, researchers report April 16 in Nature Biotechnology.

Called DETECTR, the CRISPR test can give results in around 30 to 40 minutes rather than the four hours that current PCR tests take. But it does require higher levels of virus in a sample to return a positive result than the widely used PCR-based diagnostic tests do, which could mean more false negative results. When the researchers compared the U.S. Centers for Disease Control and Prevention’s PCR-based test with DETECTR, the two tests agreed that 42 samples were negative. But DETECTR identified two samples as negative out of 40 total that were positive by PCR — a sign that the CRISPR method could miss some COVID-19 cases.

Other groups are also working to develop a CRISPR-based test, including researchers from the University of Washington, MIT and Harvard University.

A test for exposure

Researchers and public health officials are also moving beyond diagnostic tests to better understand how far the pandemic may have spread undetected. Blood tests can help uncover people who have been exposed to the virus (SN: 3/27/20).

Such tests look for antibodies, an immune protein that the body produces to fight off an infection. These proteins also stick around in the body long after the infection clears. That allows researchers to identify people who didn’t know they had been infected, either because the patient didn’t have symptoms or wasn’t able to get a diagnostic test. Though a few tests have been approved recently by the FDA for emergency use, they are not yet widely available.

It’s still unknown what levels of antibodies in the blood protect people from getting reinfected by the coronavirus and how long any such protection might last.