How does CRISPR/Cas9 work for RKO cell line research?

How does CRISPR/Cas9 work for RKO cell line research?

RKO cell line is a low differentiated colon cancer cell line developed by Michael Brattain. It contains wild-type P53, but it lacks human thyroid receptor nuclear receptor (h-TRβ1). RKO cell line is the parental cell line of RKO-E6 and RKO-AS45-1, and its P53 protein level is higher than that of RKO-E6 cell line. This cell line can form tumor in nude mice or colony in soft agar. RKO cell line is widely used in molecular, cell biology and biomedical basic research, such as proteomics, genomics, cell line research, DNA, RNA and genetics. It is also used in popular biomedical industry, such as antibiotic screening, antibiotic metabolism and toxicology research, cancer drug research, etc. Ubigene provides wild-type RKO cell line with good condition, and can be applied to various gene-editing experiments, which is convenient for constructing various RKO cell line models, such as KO, KI, and point mutation or other stable cell lines

For cancer research, the results obtained from cell line research can be validated by RKO cell line;

Predict the response and rejection of individual samples to select the most effective anticancer drugs;

Screening the most selective or toxic new drug compounds;

As a recognition target for antitumor antibiotic screening and model construction.

CRISPR/Cas9 system is changing many biomedical research prospects, including cancer research. By flexibly inducing DNA double-strand breaks, cancer mutations can be transfected into cell lines in vitro or in vivo. However, not all mutations have the same effect on tumorigenesis. It is troublesome to distinguish between basic mutations and bioinert mutations in tumor growth and survival. Sayed et al. proposed a method to screen the functional correlation of high-throughput mutations in RKO cell line. They used CRISPR/Cas9 system to detect cancer vulnerability in colorectal cancer cell lines, and used positive or negative sieves to isolate cell lines with specific phenotypic changes from the whole collection population to try to identify new cancer driven mutations. They designed 100 high-quality sgRNAs that can specifically cleave mutations in RKO cell line. A multifunctional lentivirus library containing these sgRNAs was then generated and used for joint screening to detect the possible growth conditions of these mutations. Genomic DNA was collected at different time points, sgRNA was amplified and purified by PCR, and sgRNA was counted quantitatively by deep sequencing. The results showed that in RKO cell line, two sgRNAs targeting the same mutation (UTP14A:S99delS) would be depleted over time (Fig. 1A). The experiment results confirmed that the inactivation of this mutation impaired cell growth, so Sayed et al. considered UTP14A:S99delS as a driving mutation in RKO cell line (Fig. 1B). The above research results show that CRISPR/Cas9 system can realize large-scale functional separation of cancer mutations, which obviously provides effective help for future cancer research and treatment [2]. Ubigene has developed the exclusive CRISPR-U™based on CRISPR/Cas9 technology, CRISPR-U™technology has more efficient gene cutting efficiency and can improve gene-editing efficiency by at least 10 times. Ubigene provides CRISPR-U™ gene-editing service all over the world, including KO, KI, and point mutation, plasmids construction, custom stable cell line generation, etc. 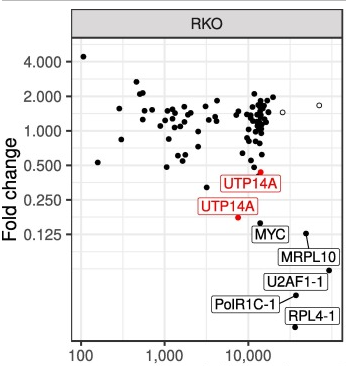 Disco-Interacting Protein 2 Homolog C(DIP2C), a non characteristic gene highly expressed in human tissues and adult tumors, was identified as a putative cancer gene in hormone mutation analysis within the exome. In order to study the role of DIP2C deletion in human cancer and determine the process affected by the activity of this gene, Larsson et al. constructed a human DIP2C KO RKO cell line with CRISPR/Cas9 technology. The results showed that the knockout of DIP2C in RKO cell line resulted in cell enlargement and growth retardation. Larsson et al. revealed 780 genes that were affected by DIP2C deletion, including the tumor suppressor genes encoding CDKN2A, ZEB1 encoding epithelial mesenchymal transition (EMT) regulatory factors, and CD44 and CD24 encoding breast cancer stem cell lines. DNA methylation analysis showed that more than 30000 gene loci were affected by differential methylation, most of which were hypomethylated after DIP2C deletion. The changes of DNA methylation in promoter region are closely related to the changes of gene expression. RKO cell line after DIP2C knockout have higher wound closure capacity, so the deletion of DIP2C will trigger a large number of DNA methylation and gene expression changes, cell line aging and epithelial mesenchymal transformation in cancer cell lines [1]. 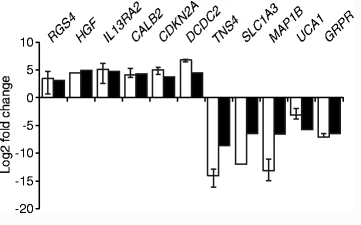 Figure 2 DIP2C KO leads to the change of gene expression

Necrotic cell death pathway is a key component of human pathogen defense. It can be abnormally inhibited in the process of tissue homeostasis, resulting in many types of tissue damage and diseases. Although the formation mechanism of necrotizing body kinase signal complex containing RIPK1、RIPK3 and MLKL has been well known, other mechanisms of its regulation and effector function remain to be found. Callow et al. conducted whole gene knockout through CRISPR/Cas9, screened 19883 mouse protein coding genes, screened out factors resistant to cell necrosis through sgRNA reference library obtained by large-scale transduction of RKO cell line, and then identified 112 necrosis regulatory factors and mediators, including 59 new candidate pathway components. It was found that cell growth was not affected without necrosis induction. They further suggest that some tissue-specific or stress response pathways may prevent regulated cell death by regulating RIPK1. The above research results show that the further exploration of RIPK1 function plays an important role in promoting the development of new therapeutic intervention strategies or clinical inhibitors [3].

Colorectal cancer (CRC) ranks among the most frequently diagnosed cancer and is one of the leading causes of cancer-related death worldwide. In addition to surgical resection and chemotherapy, adjuvants of radiotherapy also play a key role, which can prolong the survival rate of patients. However, in the course of radiotherapy, about 50% of patients will develop resistance to radiotherapy adjuvants, resulting in unsatisfactory curative effect, recurrence and metastasis. Therefore, identifying the potential mechanism of radiation resistance can improve the treatment outcome of patients with colorectal cancer. Yu et al. conducted genome-scale CRISPR knockout screening in RKO cell line and combined with NGS sequencing to explore the regulatory factors involved in radiation resistance of colorectal cancer, and finally obtained three candidate genes. They found that microRNA-5197-5p (miR-5197) could significantly enhance the cytotoxicity of IR to RKO. Through further mechanism research, Yu et al. proved that miR-5197 directly targets CDK6 and inhibits its expression in RKO cell line, which can induce cell cycle arrest in G1/S phase and inhibit cell division. Therefore, CDK6-5197 enhances radiosensitivity. The results show that miR-5197 may be a key factor in regulating the radiosensitivity of CRC cell line and help to develop treatment strategies for CRC patients resistant to IR [4]. 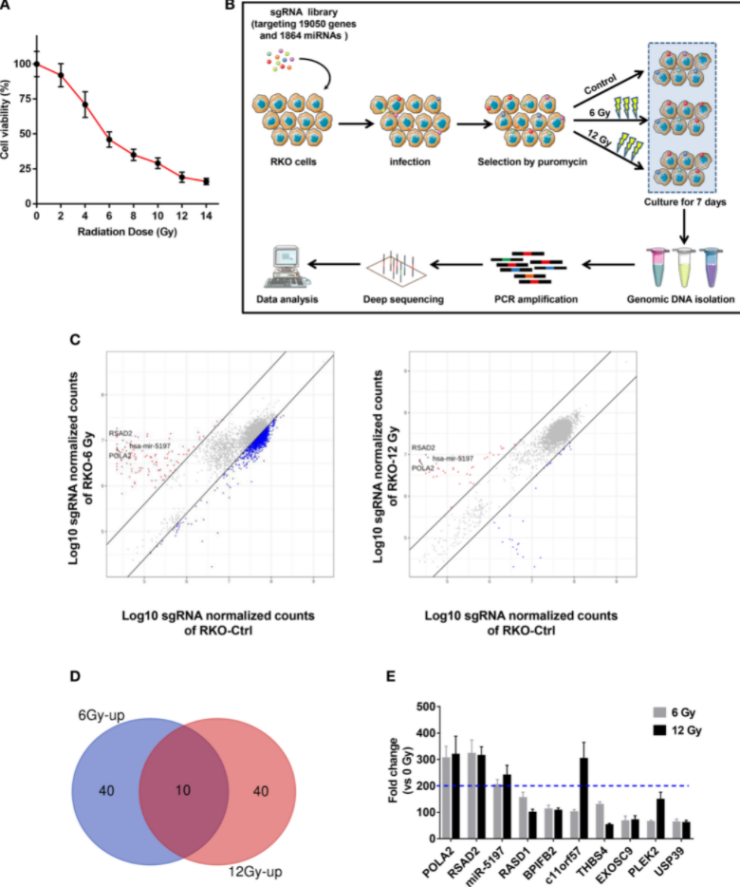