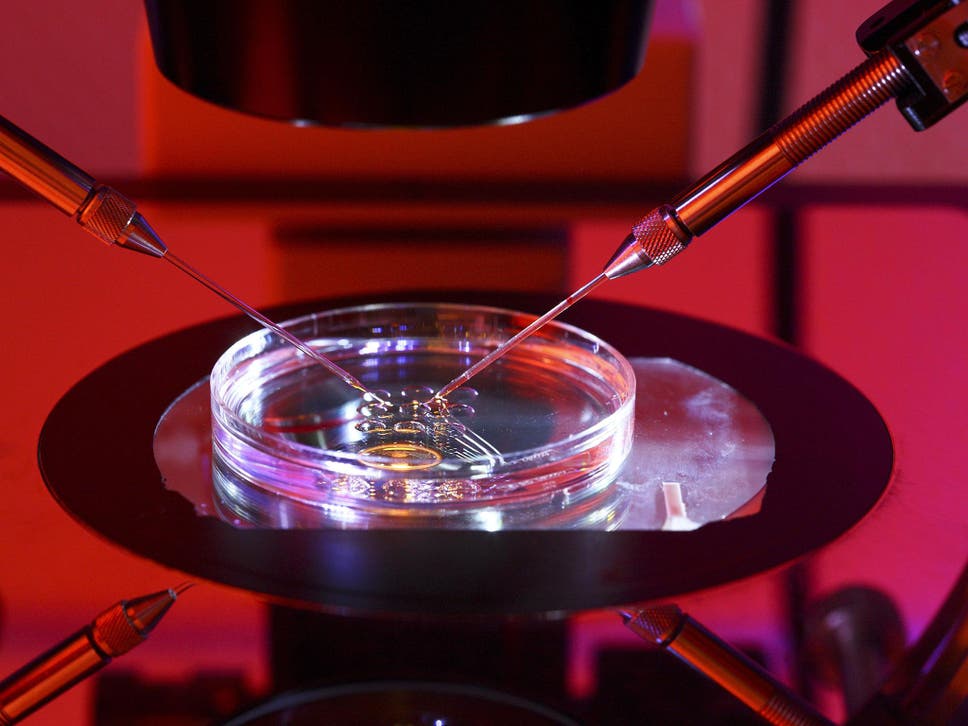 The new technique could allow doctors to make changes to people's DNA and alter the molecular machines that help create us – and bring about problems in the form of genetic diseases.

It would allow them to remove the mutations blamed for inherited conditions ranging from genetic blindness to sickle-cell anemia, metabolic disorders, and cystic fibrosis. And it could also be used to "write-in" useful mutations, according to the scientists who made the discovery.

The "base editor" is a molecular machine that directly converts one building block of DNA into another. DNA sequences contain four "base" chemicals that pair up on the molecule's twin-stranded double helix in specific ways.

As such, edits made to the DNA using the new tools are far more precise than the leading and most famous technology, CRISPR. "CRISPR is like scissors, and base editors are like pencils," said David Liu, the chemical and molecular biologist who led the study.

Together guanine (G), adenine (A), thymine (T), and cytosine (C) make up the letters of the genetic code. The new system converts the DNA base-pair A-T to G-C, a microscopically small effect that has massive implications for science and medicine.

Roughly half the 32,000 single-letter changes in the genetic code known to be associated with human disease involve a change the other way, from G-C to A-T.

The technique employs a modified form of the "molecular scissors" gene-editing tool CRISPR-Cas9, which has transformed genetics research since its power was first demonstrated in 2012.

But unlike standard CRISPR-Cas9, it does not make changes by slicing through the double helix.

Professor Liu, from Harvard University, said: "We developed a new base editor, a molecular machine, that in a programmable, irreversible, efficient and clean manner can correct these mutations in the genome of living cells.

"When targeted to certain sites in human genomic DNA, this conversion reverses the mutation that is associated with a particular disease."

The "machine", called an Adenine Base Editor (ABE), was tested in the laboratory by correcting the mutation responsible for hereditary hemochromatosis (HHC), a disease that causes iron overload in the body.

Darren Griffin, professor of genetics at the University of Kent, said: "The work represents another step-change in the Crispr story."

Another ground-breaking study reported in the journal Science showed how a new version of CRISPR could be used to target and edit RNA, the molecule that carries genetic instructions to protein-making machinery in cells.

The system, called Repair, has the potential to render single-letter disease-causing mutations in DNA harmless.

David Cox, a member of the US team at the Massachusetts Institute of Technology's Broad Institute, said: "Repair can fix mutations without tampering with the genome, and because RNA naturally degrades, it's a potentially reversible fix."

ABE was also used to install a beneficial mutation that protects against blood diseases including sickle cell anemia.

The results are reported in the journal Nature.

Dr. Liu said a lot more work needed to be done before the technique could be used to help human patients.

"We still have to deliver that machine, we have to test its safety, we have to assess its beneficial effects in animals and patients and weigh them against any side effects, we need to do many more things," he added.

Professor Robin Lovell-Badge, a group leader at The Francis Crick Institute, London, said: "This is both clever and important science.

"Many genetic diseases are due to alterations (mutations) where a single base pair has been substituted for another.

"This makes these new base editing methods of great value in both basic pieces of research to make disease models and, in theory, to correct genetic disease.

"Much more research will be needed to show the methods are entirely safe and, perhaps, to find ways to increase their efficiency, which is already at an impressive 50 percent, but this is an exciting development."

Dr. Helen O'Neill, reproductive science program director at University College London, said: "The ability to now directly alter all four base-pairs with such specificity adds more ammunition to the genome-editing artillery and will be incredibly powerful in the research of diseases and future restoration of disease-causing mutations."