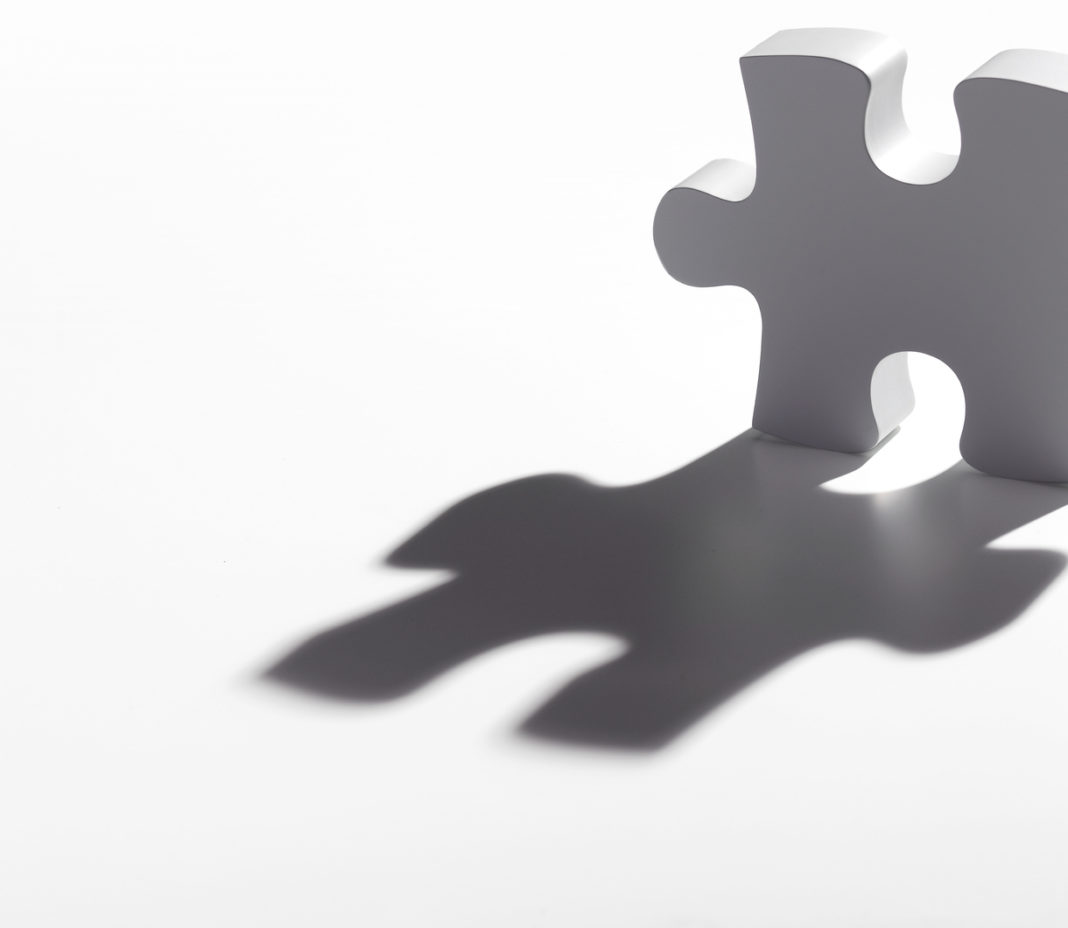 Carpe diem, Horace’s famed proclamation, is usually translated as “seize the day.” A similar sentiment is embodied by a new method to detect RNA-binding proteins (RBPs) in living cells. It is called CARPID, which stands for CRISPR-Assisted RNA–Protein Interaction Detection. The method, developed by scientists based at City University of Hong Kong (CityU), could inspire researchers around the world to say “CARPID diem”—for CARPID is a tool that means to seize something as elusive as life’s vagaries.


CARPID is designed to take hold of RNA–protein complexes, specifically, complexes incorporating long noncoding RNAs (lcRNAs). Once dismissed as transcriptional noise, lcRNAs are now thought to participate in diverse regulatory and metabolic processes. In fact, lcRNA–protein interactions may account for much of the complexity of eukaryotic life, not to mention the odds of maintaining health or succumbing to disease.

To develop an alternative method, the CityU team, which was led by Yan Jian, Zhang Liang, and Chan Kui-ming, collaborated with scientists from Northwest University in Xi’an, Karolinska Institutet, and the University of Cambridge to adapt CRISPR-Cas technology to a new task. CRISPR-Cas technology, best known for genome editing, occurs in several guises, including CasRx, a programmable system that can target RNA. CasRx has served a variety of functions including knockdown of RNA, modulation of transcript splicing, and RNA base editing.

To overcome these limitations, the CityU-led team decided that their method’s navigation functionality would be provided by CasRx. It would bring the CARPID system’s other components, which include the BASU labeling tool, near the targeted RNA. In the CARPID system, BASU, an engineered biotin ligase, adds biotin to proteins that bind with targeted RNA. After labeling is accomplished, another CARPID system component, a biotin-binding protein called streptavidin, identifies the proteins labeled by BASU.

Additional details appeared in Nature Methods, in an article titled, “CRISPR-assisted detection of RNA–protein interactions in living cells.” This article described the design of a gRNA array composed of two gRNA sequences spaced by a 30-nucleotide direct repeat to target two adjacent loci on the same lncRNA transcript. In principle, this approach allowed augmented targeting specificity with reduced background noise.

“We applied CARPID to the nuclear lncRNA XIST, and it captured a list of known interacting proteins and multiple previously uncharacterized binding proteins,” the article’s authors wrote. “We generalized CARPID to explore binders of the lncRNAs DANCR and MALAT1, revealing the method’s wide applicability in identifying RNA-binding proteins.”

By applying CARPID on three different lncRNAs—namely, DANCR, XIST, and MALAT1—the scientists tested their system’s specificity. Experiment results showed that there was not much overlapping of binding proteins, suggesting that CARPID could be used to study lncRNAs of different lengths and expression levels. 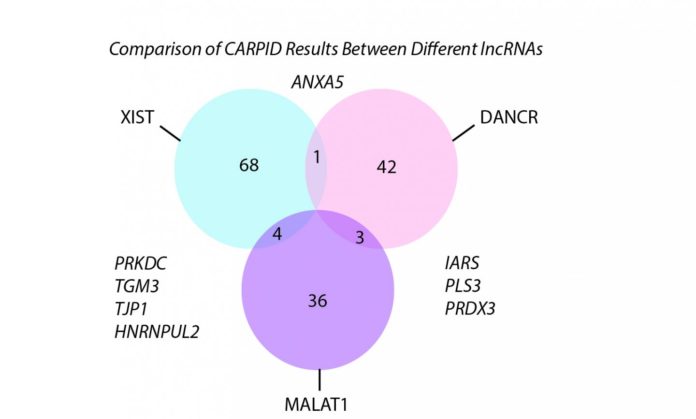 “CARPID,” Yan asserted, “can detect binding proteins of RNAs in any lengths or concentrations whereas most other methods can only be applied to very long noncoding RNAs.”

“This high level of specificity is achieved because the navigation by CRISPR is very precise,” he explained. “We can even obtain the information of exactly which section of the RNA that protein binding occurred.”

The article’s authors added that CARPID does not appear to affect the physiological condition of the targeted cell, which stays alive and retains normal gene expression landscape throughout the lncRNA–protein detection process. “With this new method,” Zhang noted, “we can obtain dynamic results if we check the same RNA target at different times.”

Using a proteomic technique developed by Zhang, the team was able to find and validate two previously uncharacterized binding proteins of a lncRNA in mammalian cells.

The team believes that CARPID has broad application, including the detection of the binding proteins of viral RNA. “For example, SARS-CoV-2 is an RNA virus that causes COVID-19. Once the virus infects cells, we could apply CARPID to detect what cellular proteins are recruited by this virus for the viral life cycle. If we depleted the binding proteins, we are likely to suppress the viral replication. This information may help us identify potential antiviral drug targets,” Yan elaborated.

Moreover, many lncRNAs are used as diagnostic biomarkers for cancer as they become more abundant in cancer cells than normal cells. CARPID can be applied to detect the binding proteins of these lncRNAs in cancer cells. Such investigations could reveal tumorigenic mechanisms and potential protein targets for cancer diagnosis or treatment.

The CityU scientists indicated that they are interested in using CARPID to study stem cells and DANCR, a lncRNA that generally works as a tumor promoter.