Peptide Drug Discovery Could Lead to a Powerful Anti-Inflammatory

Peptide Drug Discovery Could Lead to a Powerful Anti-Inflammatory 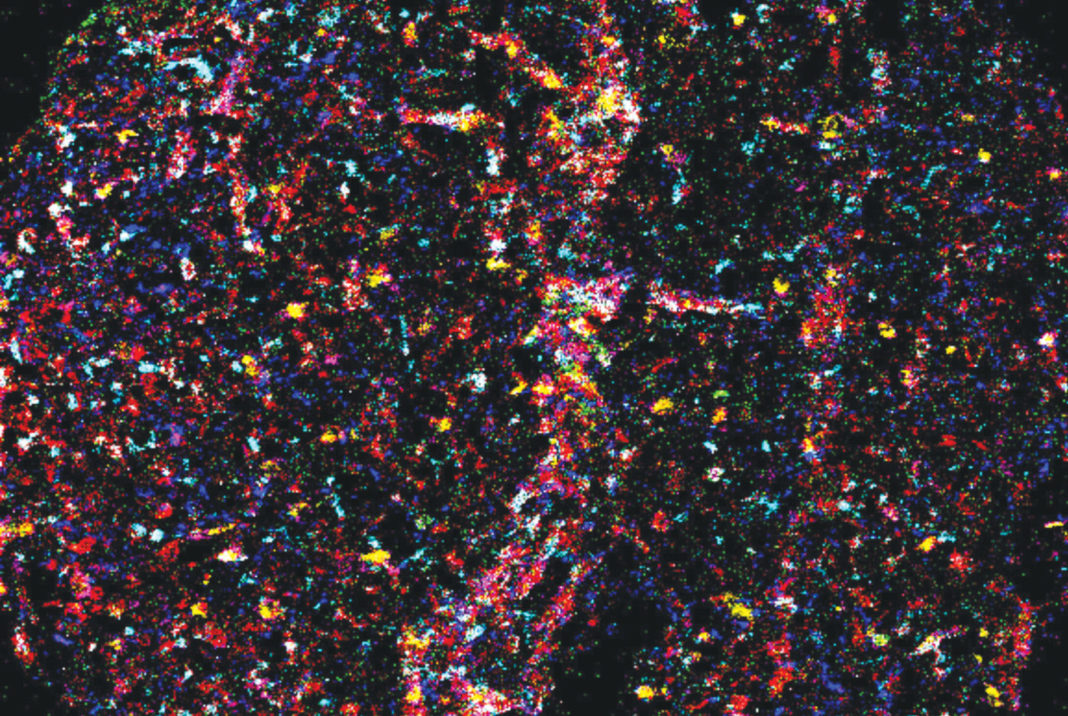 CRISPR has become a household name largely because of its therapeutic promise, offering the potential for selectively and efficiently repairing genetic defects that contribute to diverse diseases. But in the research community, there is equal excitement about applying CRISPR-based genome manipulation as a tool for discovery—using tailored CRISPR libraries to test and measure the biological impact of targeted perturbations throughout the genome.

The potential for CRISPR-based genome manipulation was recognized almost immediately by pioneering researchers. Shortly after Feng Zhang, PhD, and colleagues at the Broad Institute published their first demonstration of mammalian genome editing with CRISPR-Cas9 in 2013, two of Zhang’s postdocs, Ophir Shalem, PhD, and Neville E. Sanjana, PhD, were already planning their next move. They began discussing the idea of performing “pooled screens” with CRISPR: incubating cells with collections of virus particles that each contain the Cas9 enzyme and a guide RNA targeting a different gene locus. By getting the reaction conditions right, they aimed to ensure that each cell received only a single CRISPR-induced gene knockout, with the goal of creating a deletion library that essentially covers the full genome. 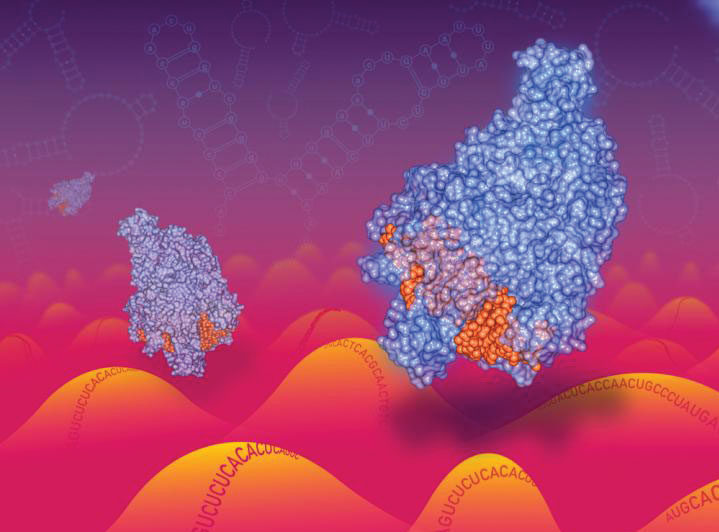 The results surpassed their expectations. “We went from talking about it in January to having a full paper submitted in maybe September of that year,” recalls Sanjana, who now heads a laboratory at New York University. “And within months of publishing that paper, there were a few hundred laboratories requesting that library—it was now a field that drove itself.”

Indeed, in the six years following this initial demonstration, researchers have turned the fundamental notion of genome-wide CRISPR screens into a versatile tool for selectively manipulating gene regulation, probing the noncoding genome, and even assessing the impact of genome perturbations in living organisms. “It is pretty amazing how many creative people around the world have continued to find cool new things you can do with CRISPR,” says Broad Institute researcher John G. Doench, PhD.

Pooled screening may be relatively new to CRISPR technology, but it has long been used with another technology—namely, RNA interference (RNAi)—to perform genome-wide knockdown screens and profile gene expression. Although RNAi screening is a powerful tool, it can yield unpredictable results.

“RNAi screens just had a tremendous off-target problem,” explains Doench. “[When] you put in a small RNA, it doesn’t affect just the gene you want it to. From the very first screens we did, we saw that CRISPR was just a much more specific technology.”

Both RNAi and CRISPR rely on the design of an RNA sequence that is complementary to the genome sequence being targeted, but the fundamental principles for designing effective guide RNAs for CRISPR editing have generally proven more straightforward. Also, the guide RNAs used in CRISPR screens appear to yield more predictable results than the short-hairpin RNAs used in RNAi screens.

In their most fundamental form, CRISPR screens can be used to systematically explore questions such as how the loss of individual genes contributes to a disease phenotype or affects treatment response. This approach is particularly valuable in cancer research.

The initial 2014 screening study by Shalem, Sanjana, and colleagues uncovered gene mutations that can contribute to resistance to the drug vemurafenib in melanoma cells.Doench’s group has also conducted several studies in which CRISPR screening was used to identify genes that mediate viral infection or pathology in host cells.

For example, in 2016, Doench collaborated with Herbert W. Virgin, MD, PhD, who was then chair of the Department of Pathology and Immunology at the Washington University School of Medicine. The scientists uncovered the protein that mediates cellular entry for norovirus—a major cause of gastrointestinal disease whose route of ingress had previously remained obscure. “We’re doing some of the same stuff now with SARS-CoV-2,” says Doench. “Understanding the host factors involved in what the virus is doing is completely fundamental to understanding how to stop it.”

And whereas RNAi screens are inherently restricted to targeting expressed sequences, CRISPR manipulations can be targeted throughout the genome. “Genes are maybe 1.5–2% of the genome—a really small sliver,” says Sanjana. “Most of the genome is noncoding [and corresponds to] things that aren’t even transcribed and exist only as DNA elements.” These include essential regulatory sequences that orchestrate the activity of both local and distant genes.

In collaboration with Stuart H. Orkin, MD, and Daniel E. Bauer, MD, PhD, both of whom lead pediatric hematology and oncology research at the Dana-Farber Cancer Institute, Sanjana designed a targeted CRISPR screen to dissect noncoding DNA regulatory elements that help inhibit production of fetal hemoglobin. This gene is normally switched off in adulthood, but it could potentially be rebooted in patients with sickle-cell disease as a means of replacing the defective adult hemoglobin that contributes to this painful and ultimately fatal disorder.

The screen exposed a key regulatory element contributing to this inhibition. “If you just messed with a couple of nucleotides, it would flip the switch, and you would reactivate fetal hemoglobin,” says Sanjana. This work ultimately inspired a CRISPR-based clinical program targeting this regulatory sequence. The program is being led by CRISPR Therapeutics and Vertex Pharmaceuticals, and early data from human trials are already showing promising results.

Variations on a theme

Most early applications of CRISPR made use of the same Cas9, a nuclease derived from the bacterium Streptococcus pyogenes. This enzyme is well characterized and reliable, but some research groups have found that they can extend the capabilities of their assays by using alternative enzymes or variants with distinctive target recognition or catalytic activities.

Multigene knockouts are a potent strategy for dissecting complicated genetic pathways. These experiments can reveal complex functional interactions or redundant relationships between pairs of genes that might remain invisible in an experiment targeting just one locus.

Doench’s group has achieved some success on this front by performing pooled CRISPR screens in which each cell receives two distinct Cas9 enzymes—each paired with its own guide RNA pair—in parallel to achieve combinatorial knockouts.However, that approach entailed considerable hassle.

“You need two separate expression cassettes, and keeping them together in the same cell at the same time actually gets complicated,” Doench complains. More recently, his group has transitioned to the Cas12a family of nucleases, which can process a single RNA transcript to produce multiple functional guide RNAs, enabling efficient multiplexing from a single construct.“It’s just a much better approach for these sorts of combinatorial screens,” he notes.

But perhaps the most widely used adaptation of the CRISPR screen entails the use of a catalytically “dead” Cas9 (dCas9). Such enzymes retain the ability to bind genomic sites defined by the guide RNA but are no longer able to cleave DNA. Instead, they act as a scaffold for other proteins that either activate or inhibit the expression of nearby genes. According to Martin Kampmann, PhD, a researcher who works extensively with this approach at the University of California, San Francisco, these CRISPR inhibitor (CRISPRi) and CRISPR activator (CRISPRa) screens are a valuable complement to conventional CRISPR screens.

For example, although a full knockout might generate the clearest indicator of a gene’s function, the loss of essential genes will leave the researcher with nothing but dead cells. “CRISPRi can give you a range of partial inhibition,” says Kampmann, noting that this is often valuable in the context of drug development, where complete shutdown of a cellular protein is often undesirable and might lead to excessive toxicity.

CRISPRa, on the other hand, establishes a capability that has largely eluded researchers until now. “Switching on genes gives you completely different biology than knocking down genes—you get really complementary insights,” explains Kampmann. Doench notes that in the past, the only way to achieve this effect in a genome-wide screen was by forcing cells to overexpress libraries of cloned gene sequences—a cumbersome strategy that often failed to capture critical features of endogenous gene expression, such as splicing. In contrast, CRISPRa simply switches existing genes into overdrive, while other aspects of the expression machinery continue to function normally.

The Kampmann group is heavily focused on neurodegenerative disorders, employing both CRISPRa and CRISPRi alongside conventional knockout screens to identify genes that contribute to onset and progression of conditions such as Alzheimer’s and Parkinson’s. Unlike cancer, these conditions are difficult to replicate with cell lines or primary cell cultures, and investigators instead use patient-derived induced pluripotent stem cells to generate neurons, glia, and other cell types that better reflect the true physiology of the brain.

These cells are then interrogated with a host of technologies to measure the consequences of altered gene regulation, including fluorescence imaging and single-cell transcriptome analysis. “We also have looked at downstream impacts on the neuron function, both in terms of neuron survival but also more subtle effects such as changes in electrophysiological behavior,” states Kampmann.

Although these screens are still largely conducted in isolated cells cultured in multiwell dishes, several groups have demonstrated the feasibility of migrating genome-wide CRISPR screens into live animal models.

“It’s not ideal to study cancer spread in a dish,” explains Yale University researcher Sidi Chen, PhD, referring to the complex interactions between tumors, surrounding host tissues, and the immune system that would be essentially impossible to recapitulate in

vitro. Chen conducted the first demonstration of an in vivo CRISPR screen in mice back in 2015 when he was a postdoc in the MIT laboratory led by Phillip A. Sharp, PhD. Today, Chen’s laboratory routinely conducts such experiments to dissect mechanisms of cancer progression and identify new vulnerabilities that might offer useful drug targets.

These in vivo experiments typically entail transplantation of cells that have been CRISPR modified in culture. In the 2015 study, Chen and colleagues used their in vivo approach to profile which gene knockouts were most likely to spread and give rise to more aggressive tumors or form metastatic growths. But in 2017, his team devised a more direct, gene therapy–style approach where the CRISPR library itself is administered to the animal.10

“We are directly mutating the cells in a healthy animal’s body using adeno-associated virus,” he says, “and then watching that cancer or tumor environment evolve.” CRISPR screens in live animals have also proven a powerful tool for identifying genetic factors that contribute to the success or failure of immunotherapy, in an environment where genetically manipulated tumor cells or T cells can naturally interact with one another.

Clearly, such experiments are out of reach for studying human biology. But Kampmann sees opportunities to at least partially bridge the species gap with sophisticated tissue culture models such as human organoids—3D assemblies of multiple cell types that can replicate key structural and functional features of the heart, brain, and other organ systems. “CRISPR technology could allow us exquisite control of different genes in different cell types within that organoid at different time points,” he declares. “We’re really excited about moving into more faithful and complex physiological models of disease.”