Vascular stenosis in different parts of body can lead to diseases of organs or tissues dominated by blood vessels in corresponding areas, such as Acute coronary syndrome(ACS) which is led by coronary artery stenosis and other cardiovascular diseases. ACS is a common serious cardiovascular disease, a serious type of coronary heart disease, percutaneous coronary interventions (e.g., balloon angioplasty or stenting) are considered the first-choice treatment for it. However, patients face an increased risk of restenosis after surgery. Excessive smooth muscle cell (SMC) proliferation, migration and invasion are considered important contributors to restenosis, which together lead to neointimal hyperplasia. Therefore, inhibition of SMC hyperplasia is an important therapeutic approach for restenosis.

MicroRNAs (miRNAs) are a family of endogenous noncoding small RNAs consisting of 18–22 nucleotides that can regulate gene expression at the post-transcriptional level by pairing with imperfect complementary target sites in the 3’UTR of their target mRNAs. Previous studies have suggested that miRNAs are involved in regulating SMC proliferation and migration. The miR-302a functions as a tumor suppressor by inhibiting Akt-dependent cell proliferation in different cancer cells, indicating that miR-302a may negatively regulate Akt activation. And the lack of Akt has been shown to inhibit VSMC proliferation and migration.

miR-302a promoted Akt activation by corporately decreasing Akt expression and increasing Akt phosphorylation in MASMCs. To further confirm whether Akt activity is required for the regulatory function of miR-302a in VSMC proliferation, cells were treated with miR-302a mimics and the Akt inhibitor GSK690693 in the presence of PDGF-BB. Compared with miR-302a mimics-treated MASMCs, treatment with GSK690693 inhibited cell proliferation and migration, which was potentiated by miR-302a upregulation. These results suggest that miR-302a regulates VSMC proliferation dependent on Akt signaling. 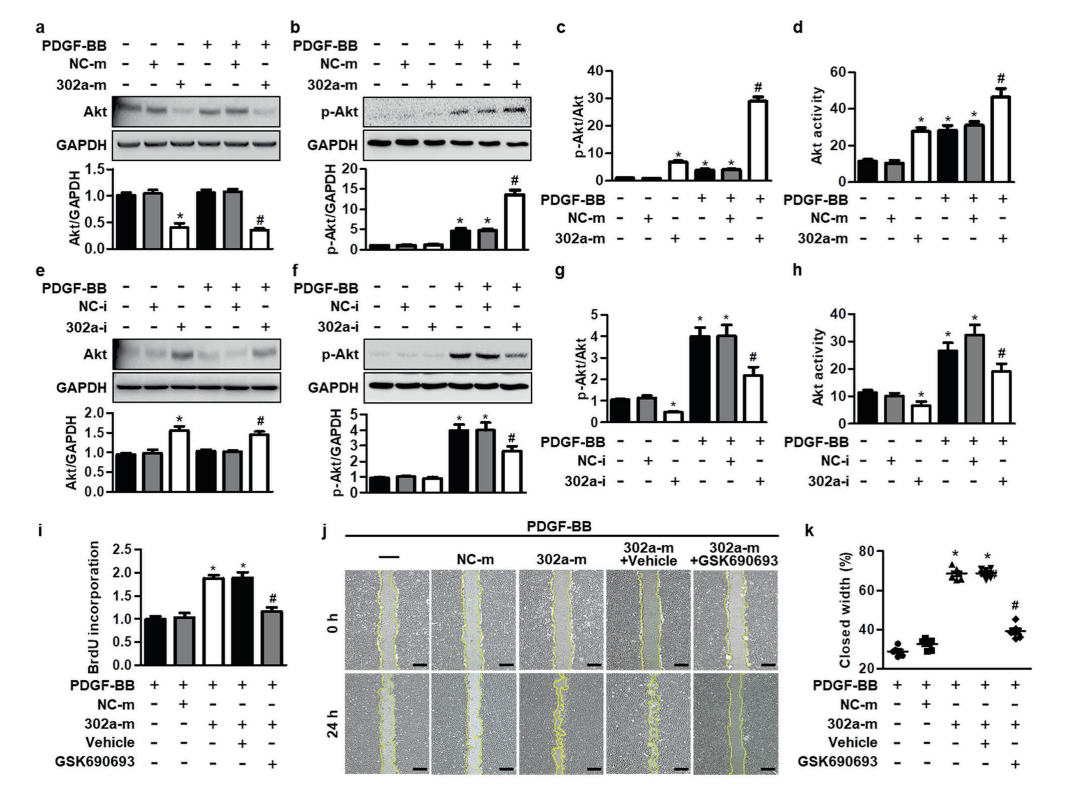 They further revealed that miR-302a directly targeted at the 3′ untranslated region of PH domain and leucine rich repeat protein phosphatase 2 (PHLPP2) and negatively regulated PHLPP2 expression. Restoration of PHLPP2 abrogated the effects of miR-302a on Akt activation and MASMC motility. To further evaluate the requirement of PHLPP2 during miR-302- regulated restenosis in vivo, recombinant adenovirus harboring leucine rich repeat protein phosphatase 2 shRNA (Ad-shPHLPP2) (provided by Ubigene) was administered to miR-302+/− mice. The result showed that the inhibitory effects of miR-302 knockdown on neointimal formation are largely dependent on the elevation of PHLPP2 expression(Fig.2).

The shRNA adenovirus provided by Ubigene in this study was used to further study the effect of PHLPP2 on the formation of mir-302 in neointima. The purity and titer of adenovirus determine its quality and way of use. The adenovirus particles provided by Ubigene are ultra-centrifuged and filtered, and the titer is determined by hexonimmunoassay to ensure the purity and accurate titer. At present, Ubigene provides adenovirus with titer of 10 ^ 10 ~ 10 ^ 12 PFU/ml. Click here to learn >> 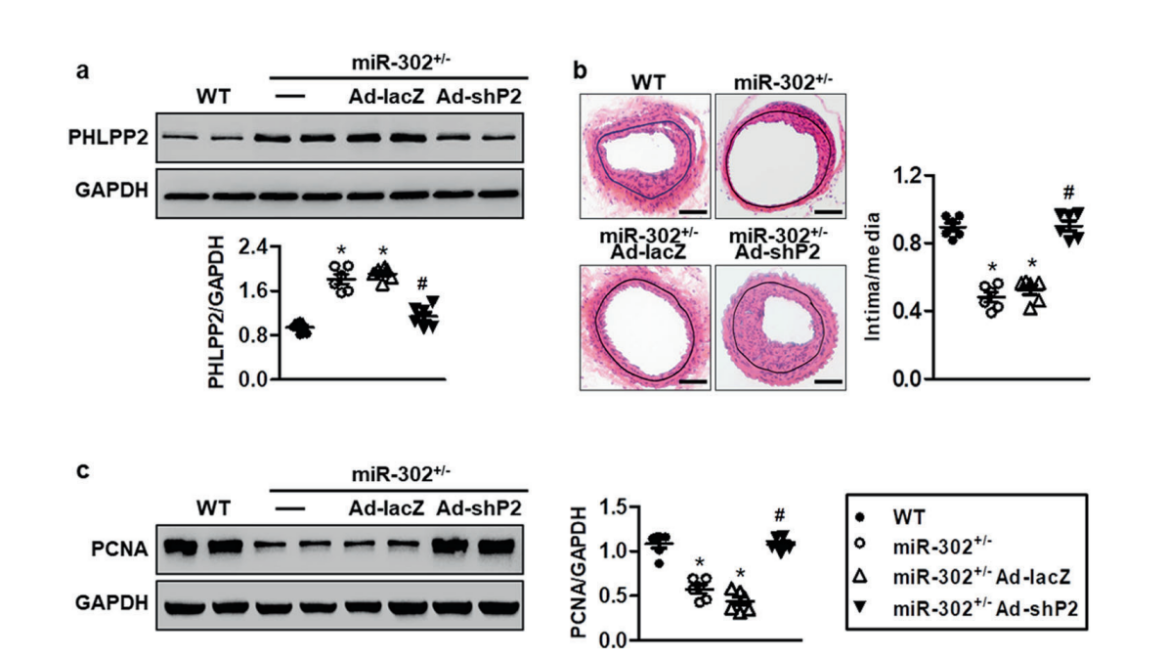 In conclusion, the study demonstrated that miR-302a potentiates VSMC hyperplasia and subsequent neointimal formation by Akt activation via targeting its phosphatase PHLPP2, suggesting that inhibition of miR-302a may be a novel strategy for restenosis treatment, and this study demonstrated for the first time that PHLPP2 is a novel target of miR-302a. It provided a new idea for vascular restenosis treatment in future.