Rheumatoid arthritis (RA) is a chronic autoimmune disease. Joints and cartilage are mainly destructed due to this disease. Ane one of the main pathological manifestations is the formation of pannus. During the development of RA, fibroblast like synovial cells (FLSs) produce a variety of pathogenic mediators, such as cytokines and proteases, which will destroy the extracellular matrix (ECM). Therefore, FLSs is considered to be one of the main effector cells of RA. Hyaluronan and proteoglycan link protein 1 (HAPLN1), also known as cartilage connexin, maintains the stable aggregation and binding activity of two important ECM macromolecules - hyaluronic acid (HA) and proteoglycan, then helps the compressive capacity of joints. Through genomics research, HAPLN1 shows a significant correlation with disease activity in RA, and HAPLN1 is one of the most significantly up-regulated genes in RA-FLSs compared with FLSs of osteoarthritis (OA). Based on these observations, it can be inferred that HAPLN1 is involved in the occurrence and development of RA, but its actual role is still not clear.

To investigate HAPLN1 contribution to the viability of RA-FLSs and identify its potential role in RA pathogenesis, Yong Chen et al. from Shenzhen People's Hospital published an article named “Hyaluronan and Proteoglycan Link Protein 1 (HAPLN1) Promotes Viability of Rheumatoid Arthritis Fibroblast-Like Synoviocytes” in Arthritis Research & Therapy. In this study, it was found that HAPLN1 accelerated the proliferation of RA-FLSs but inhibited its migration ability. HAPLN1 network was found to be mainly involved in the activation of inflammation, cell proliferation and increased cell adhesion.

In this study, Ubigene constructed HAPLN1 overexpression lentivirus for infection of RA-FLSs. Ubigene has rich experience in vector construction and lentivirus packaging. Ubigene also provides services of stable cell line generation according to different research purposes. Now it is only $1780, click here to learn more about this promotion>> 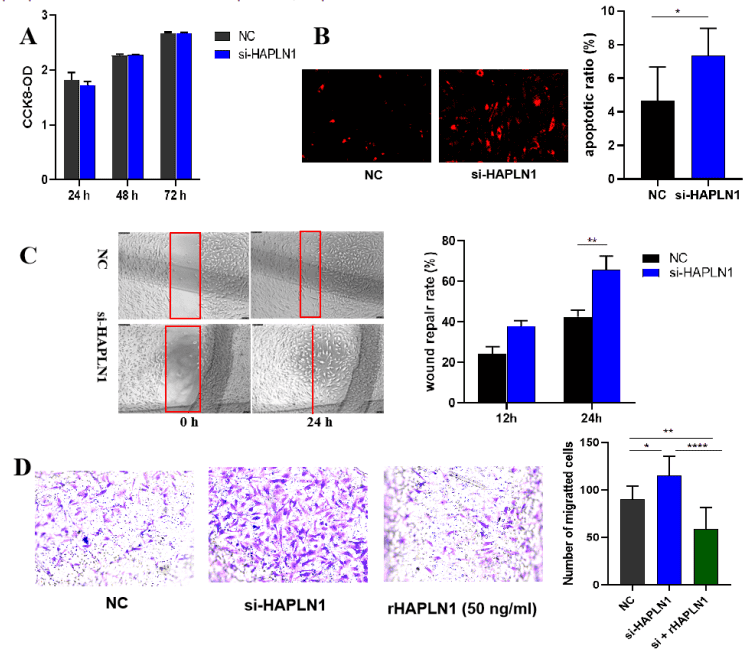 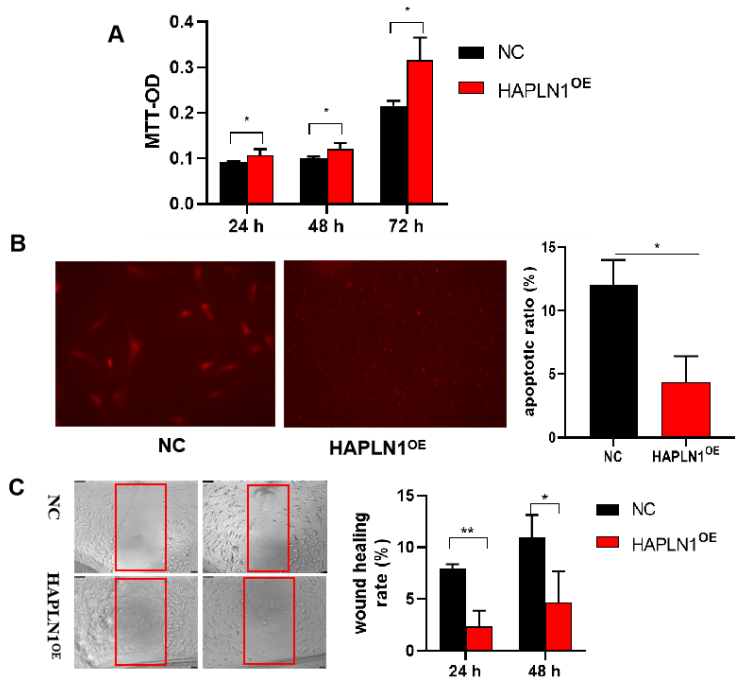 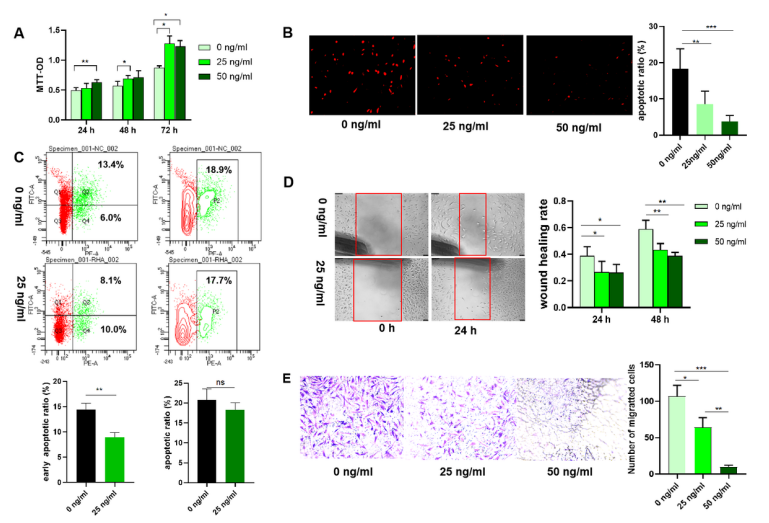 RT-qPCR and automated WB analysis were used to compare the expression of AMPK-ɑ, TNF-ɑ, TGF-β, ACAN, MMPs, Cyclin-D1 and Ki-67 after si-HAPLN1 or HAPLN1OE transfection. The result showed that both si-HAPLN1 and HAPLN1OE treated RA-FLSs had down-regulated AMPK-ɑ gene expression, while protein level was found to be up-regulated. Furthermore, si-HAPLN1 has down-regulated TNF-ɑ , MMPs, IL-6, TGF-β, fibronectin and ACAN levels, while HAPLN1OE has up-regulated the levels of TNF-ɑ , MMPs, IL-6 and ACAN(Figure4). 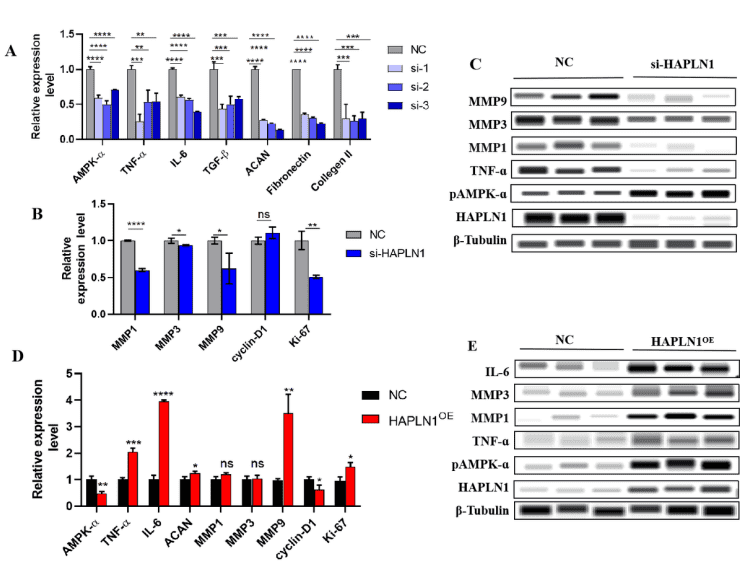 Proteomics and mRNA-seq analysis was done to study the differentially expressed proteins/genes after si-HAPLN1 or rHAPLN1 treatment.Proteomic and mRNA-seq results showed HAPLN1 function in RA-FLSs from a holistic view. Proteomic analysis suggested si-HAPLN1 transfected RA-FLSs were enriched in pro-inflammatory pathways with down-regulated DEGs. It is not strange that mRNA and protein levels seem to have a low correlation, as the multi-step process of gene expression involves transcription, translocation, turnover of mRNAs and proteins. Although only 2 DEGs overlapped with proteomic and transcriptional studies with rHAPLN1 treated RA-FLSs, the omics study reflected activation of inflammation, proliferation, an increased cell adhesion and strengthening of ECM function.

In conclusion, HAPLN1 accelerates proliferation of RA-FLSs to form a pathological pannus, mimicking cancer cells. Based on physiological development and oncology studies, HAPLN1 seems to be an oncogene, however, with an opposing function on cell adherence and inhibition of migration ability. These findings were also confirmed by molecular network consisting of MMPs, IL-6, Ki-67 and TGF-β. Thus, HAPLN1 can be considered as a pathogenic factor. This primary study is the first-time report on HAPLN1 effect on the viability of RA-FLSs, and more experiments are needed for clear deciphering of its role in RA.