Gastric cancer is the fifth most common type of cancer in the world, and also the third highest mortality tumor disease. Although great progress has been made in the research of early diagnosis, surgery, chemotherapy and radiotherapy of gastric cancer, the cure survival rate of gastric cancer is still very low, and the survival rate in recent five years is only about 30%. Therefore, it is urgent to find new drug targets and develop better treatment for this cancer.

Zeng et al. used CRISPR knockout library to screen the whole genome of gastric cancer cell (GCC), and found 184 new essential genes, and identified 41 essential genes as potential drug targets. After further research, they confirmed METTL1 as a potential therapeutic target for gastric cancer. The procedures of this research are as follows: 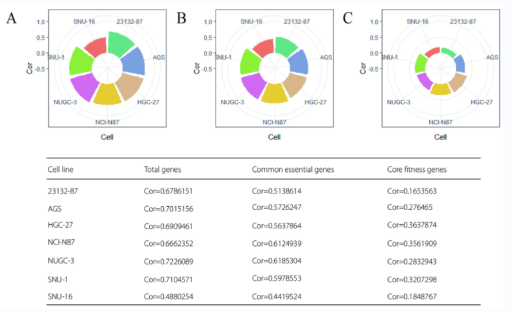 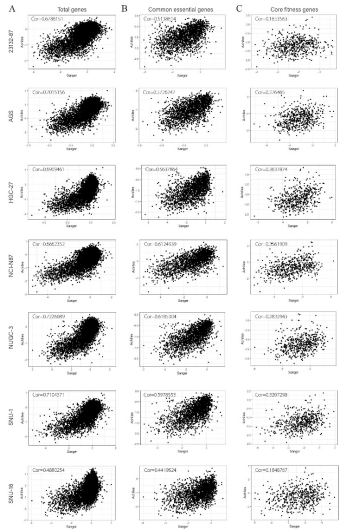 Therefore, the researchers decided to use the whole genome CRISPR library to determining key genes and therapeutic targets of GC cells. TKov3 library transfected into 293T cells by liposome method for virus packaging. Then the AGS cells were infected with the virus, then screened by purinomycin. After extracting the DNA of the control group cells (without any pressure) on day 0, day 10 and day 20 for deep sequencing and comparison, they found that the number of gene deletions increased with the increase of cell passage (see Figure 1C). Combining Wilcoxon rank and the test result, they confirmed that the screening was succeed. 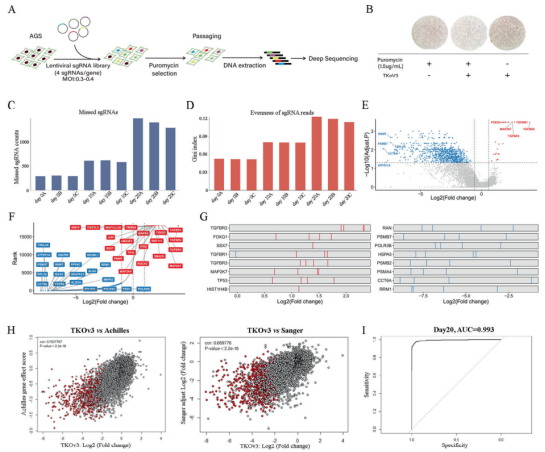 Explore the function of essential genes 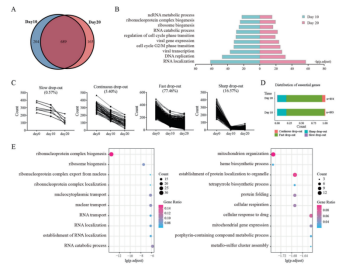 Among the 9 essential genes, CIT and TACC3 were not previously included in Achilles and Sanger databases as essential genes, but they are indeed closely related to maintaining cell activity. There are other 182 such genes from TKov3 library screening results. Therefore, these 184 newly discovered essential genes fill the gaps in Achilles and Sanger databases. Moreover, the researchers also found that compared with normal gastric mucosa tissues in TCGA database, the expression of 9 genes in gastric adenocarcinoma (GAC) tissues was up-regulated (Figure 3G), suggesting that the essential genes screened from the library may be the potential drug targets for cancer treatment. 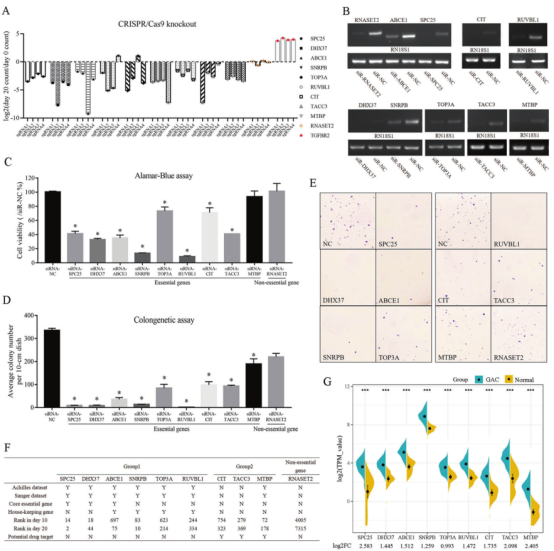 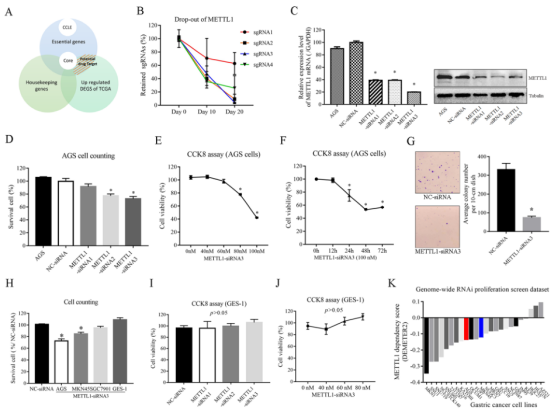 Like CIT and TACC3, tRNA N7-m7G methyltransferase (METTL1) gene was not included as an essential gene by Achilles and Sanger, but was identified as an essential gene in CRISPR library screening. To further verify the effect of METTL1 on the biological function of GC cell lines, researchers designed three siRNAs targeting METTL1 and established METTL1 AGS knockdown cell line. Knockdown of METTL1-siRNA2 and METTL1-siRNA3 led to a 22.46% decrease in cell survival rate and a 27.09% decrease in cell number (Fig. 4D). CCK8 experiment results showed that cell viability decreased in a dose and time-dependent manner (Fig. 4E, F). Knockdown of METTL1 also led to a 77.82% decrease in cell colony number (Fig. 4G) in colony formation assay. These all indicate that METTL1 gene is crucial to the survival of AGS cells and is an essential gene for AGS cells. This conclusion is consistent with the previous experimental results, which positively demonstrates the effectiveness of CRISPR library screening strategy.

Then, the researchers used the same method to study the role of METTL1 in other GAC cell lines, and found that METTL1 may affect the proliferation of multiple GAC cell lines (Fig. 4K).

MKN45 cells transfected with METTL1-siRNA or NC-siRNA were subcutaneously injected into BALB/c nude mice to form subcutaneous tumors. The volume and weight of tumors were measured on the 20th day. It was found that the average volume and weight of tumors in METTL1 knockdown group were 55.19% and 55.97% lower than those in the control group. It shows that knockdown METTL1 can effectively inhibit tumor growth, and METTL1 can be a drug target for gastric cancer treatment. 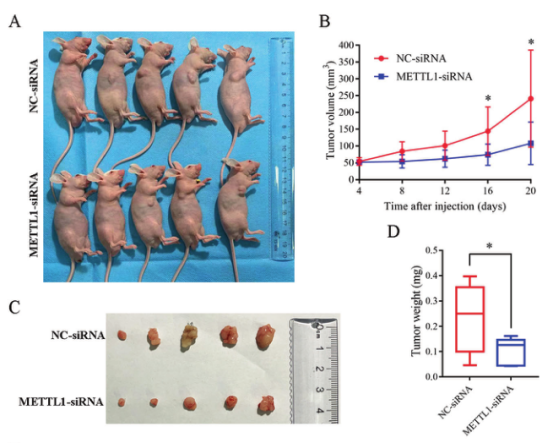 Explore the role and mechanism of METTL1 in GC cells 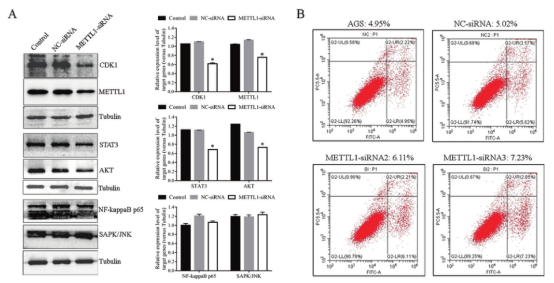 Figure 6. Analysis of the role of METTL1 in AGS cell line

Finally, the researchers also analyzed the clinical sample data in GEO and TCGA databases, and found that METTL1 mRNA in GAC tissues was indeed overexpressed compared with normal gastric mucosa tissues, and the expression of METTL1 mRNA gradually increased with the increase of tumor stage, which indicates that METTL1 may be an effective anti-tumor drug target.